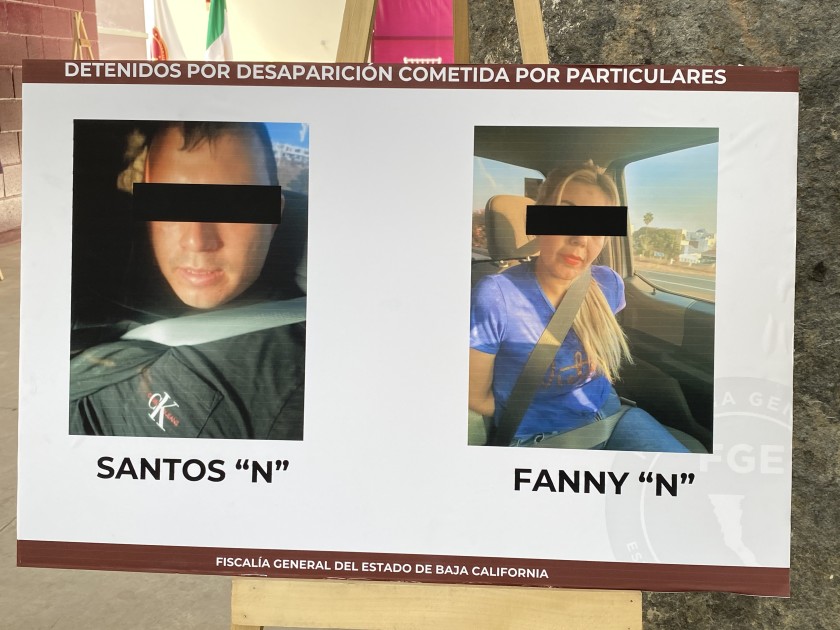 Two people have been arrested in Mexico on suspicion of participating in the disappearance of Los Angeles firefighter Francisco Aguilar, the Baja California district attorney’s office reported Friday.

The couple identified as Santos “N,” 27, and Fanny “N,” 32, were arrested Thursday. They were in possession of Aguilar’s credit cards, which had been used in Ensenada, Rosarito and Tijuana after his disappearance, officials said.

Aguilar, 48, who works as a firefighter in Los Angeles, was last seen Aug. 20 after leaving a residence he owned in the San Antonio del Mar neighborhood north of Rosarito.

The FBI has collaborated with Mexican authorities in the investigation.

According to prosecutors, Aguilar had arranged to meet Fanny at an address in Rosarito.

The prosecutor’s office believes that the couple may have deceived him in order to kidnap him and that Aguilar tried to escape, said Hiram Sanchez, Baja California’s central prosecutor, who said authorities are still looking for Aguilar.

Neighbors said they had heard gunfire, according to Sanchez. Authorities said bloodstains found at the site matched with the victim’s genetic profile.

The couple denied knowing where Aguilar was, Mexican authorities said. If found guilty, they could face a sentence of 25 to 50 years in prison.