Safety, equity and progress in Aguascalientes, the hallmark of a different Mayor. 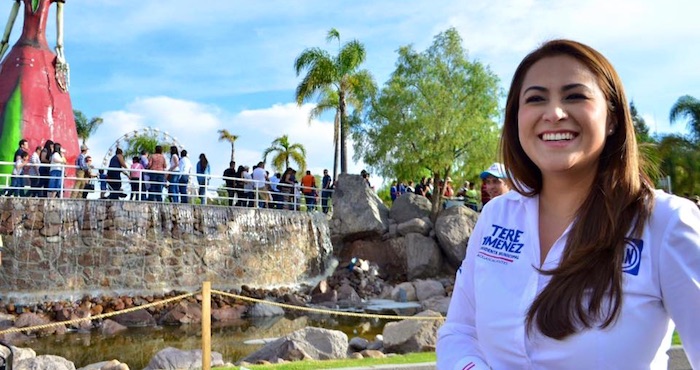 With less than 40 years, María Teresa Jiménez Esquivel is a woman with a great future in Mexican politics since in a short period of time she has shown ability, honesty and a great social sense, a fact that has earned her re-election for a second term in front of the municipality of Aguascalientes, one of the most economically dynamic in Mexico.

In fact, before being appointed mayor in 2017, she had already been a federal deputy for the National Action Party (PAN), a fact that further highlights her career since these achievements have been made in a country where her party has not governed for 8 years.

For this reason, her re-election stands out even more, since in Mexico the ruling party Morena practically wiped out most of the popularly elected positions in the country and a year later, based on honest, close and professional work, Jiménez Esquivel succeeded at retaining the mayoralty that she already earned 2 years earlier.

The current mayor’s work program focuses on three axes: providing security to citizens, promoting productive investments and social policies with immediate impact but with a humanist profile. All this, with an impeccable financial management.

This is why the name of María Teresa Jiménez Esquivel sounds more and more in the politics of her state and in other circles as a profile that can project PAN party to better horizons in next year’s federal elections in our neighbor country.