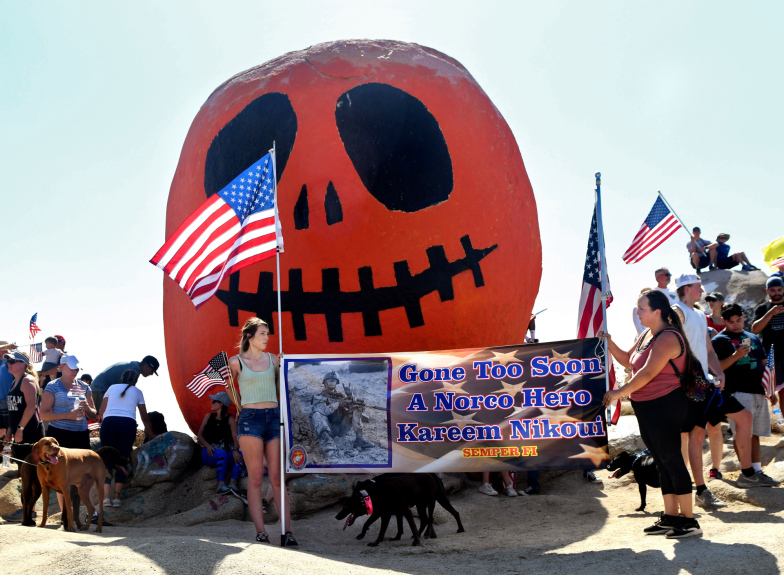 Scenes of the Kabul Airport attack remain fresh in the minds of many. And the images were particularly tough to bear for Norco residents who celebrated the life of their own fallen marine.

Marine Lance Cpl. Kareem Mae’Lee Grant Nikoui was one of 13 service members killed in action while stationed at the Hamid Karzai International Airport Thursday, Aug. 26, days before the planned withdrawal of U.S. troops.

Like millions around the world, Ashley Lopez, a former JROTC cadet, witnessed the images of desperate citizens attempting to evacuate Afghanistan on social media, where she kept up to date with Nikoui and his day-to-day life overseas.

“We were messaging each other, messing around talking about the good ol’ times with one of my old cadets,” Lopez said in an interview Sunday, Aug. 29. “The last picture I saw of him was there on Snapchat — and I obviously didn’t know this was going to happen — but I wish I would have screenshot that picture.”

The Snapchat of the 20-year-old smiling alongside an Afghan child no longer exists for Lopez — it’s the way the social media program works — but the memory will serve as an enduring snapshot of Nikoui’s character.

Nikoui’s death hit hard in Norco, but it also inspired a spirit of perseverance throughout the small, military-loyal town as residents came together Sunday.

Flags flying at half-staff fluttered in the wind along the road up to Mt. Shasta Place, where neighbors worked hard the night prior to decorate the fallen marine’s family home with banners of support.

Up the street at Pikes Peak Park, hundreds — if note more than 1,000; it was tough to estimate the widespread throng — gathered after the conclusion of a pancake breakfast Sunday morning for a memorial hike up to Pumpkin Rock, a popular local landmark.

The trail resembles the Kabul terrain where the 2019 Norco High School graduate walked days before he died. Blistering heat and slippery slopes made it difficult for the flag-carrying procession of horses, service members and civilians to reach the top. But a beautiful tribute awaited those who did.

Banners and flags waved while Norco High School Principal Rob Ibbetson tapped the Statue of Liberty as a metaphor for Nikoui’s life of service. “Taps” played from the peak of the hill shortly afterward.

Lopez thought she would only be joined by a few friends when she shared a flyer on Facebook announcing the hike, which was originally planned as a reunion for her and Nikoui while he was overseas.

But word soon spread to other towns throughout Inland Southern California, thanks to assistance from Staff Sgt. David Spratley, who was a mentor to Norco’s lost comrade.

“There was a line of traffic coming in this morning, and I cried,” Lopez said. “I was like: Wow! The city of Norco really came to show their love for Kareem.”

‘He’ll always have an impact’

It was fitting to see so many people involved in this weekend’s tributes, Spratley said at the conclusion of the hike, considering how active Nikoui was in all facets of life.

“Kareem was just always involved in something, whether it was helping out with the Pearl Harbor event or POW event down at the monument,” Spratley said. “He was a kid who was always full of laughter and fun and just had a lot of heart.”

At the end of the day, though, all he wanted to do was serve.

So much so, Spratley recalled regularly having to chase Nikoui to class because the young marine was always looking for an extra chance to practice his craft.

As Nikoui’s drill instructor, Lopez knew she could count on her caring and charismatic friend who attended Holly Avenue Elementary School in Arcadia and then First Avenue Middle School prior to arriving in community of Norco.

“He was super competent in everything he did,” she said, whether it was Jiu Jitsu, hanging out with friends, or hiking. He never lost touch with who he was or what he aspired to achieve, a mindset that motivated those who weren’t fortunate enough to meet the fallen marine.

“I didn’t personally know Kareem but he’s affected a lot of us,” Norco High JROTC cadet Kaitlin Austin said in an interview minutes before she rushed to assist in a medical emergency — just as Nikoui would have when he was a participant in the program. “Even though he’s gone, he’s not forgotten because he’ll always have an impact on us freshman and sophomores — and I think Norco as a whole.” 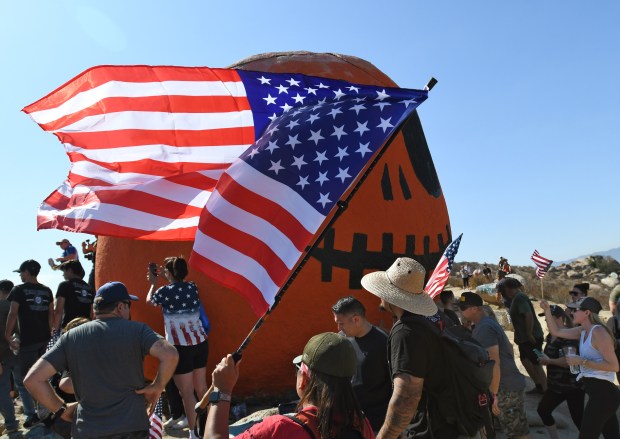 “He was a leader,” fellow JROTC cadet Gabrielle Murray said. “Whether you knew him or not, just hearing stories about how he would tell jokes if people were upset and how he always tried to help out those in need since he joined JROTC, was inspiring.”

Because she has family in the Marine Corps, Austin tearfully said the tragedy hit especially hard for her.

“But Kareem’s story is one of perseverance and like him, we should never stop fighting for what we believe in,” she added. “Something will always come out of the struggle in the end just like something came out of it here. Kareem brought a community together — and he’s a hero for that alone.”

Norco Mayor Kevin Bash told his community that Nikoui rushed into the airport to grab more children to assure their safety — and that’s when the bomb went off. It’s a story that touched — but did not surprise — those who knew Nikoui best.

“You weren’t going to stop him from trying to go back and rescue some more people. But he went out doing what he loved to do — and that’s saving people,” Spratley said.

“Heaven,” Spratley added, “is getting a good warrior.”