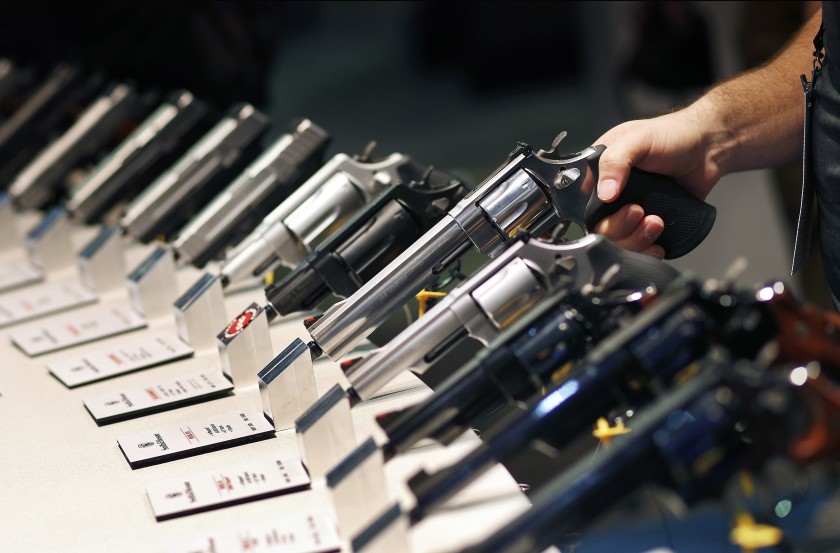 The unusual lawsuit was filed in U.S. federal court in Boston. Among those being sued are some of the biggest names in guns, including: Smith & Wesson Brands, Inc.; Barret Firearms Manufacturing, Inc.; Beretta U.S.A. Corp.; Colt’s Manufacturing Company LLC, and Glock Inc. Another defendant is Interstate Arms, a Boston-area wholesaler that sells guns from all but one of the named manufacturers to dealers around the U.S.

The Mexican government argues that the companies know that their practices contribute to the trafficking of guns to Mexico and facilitate it. Mexico wants compensation for the havoc the guns have wrought in its country.

The Mexican government “brings this action to put an end to the massive damage that the Defendants cause by actively facilitating the unlawful trafficking of their guns to drug cartels and other criminals in Mexico,” the lawsuit said. It noted that the vast majority of guns recovered at crime scenes in Mexico were trafficked from the U.S.

The sale of firearms is severely restricted in Mexico and controlled by the Defense Department. But thousands of guns are smuggled into Mexico by the country’s powerful drug cartels.

In August 2019, a gunmen killed 23 people in a Walmart, including some Mexican citizens. At that time, Foreign Affairs Secretary Marcelo Ebrard said the government would explore its legal options. The government said Wednesday that recent rulings in U.S. courts contributed to its decision to file the lawsuit.

It cited a decision in California allowing a lawsuit against Smith & Wesson to move forward, a lawsuit filed last week against Century Arms related to a 2019 shooting in Gilroy, California, and the $33 million settlement reached by Remington with some of the families whose children were killed in the Newtown, Connecticut, mass school shooting.