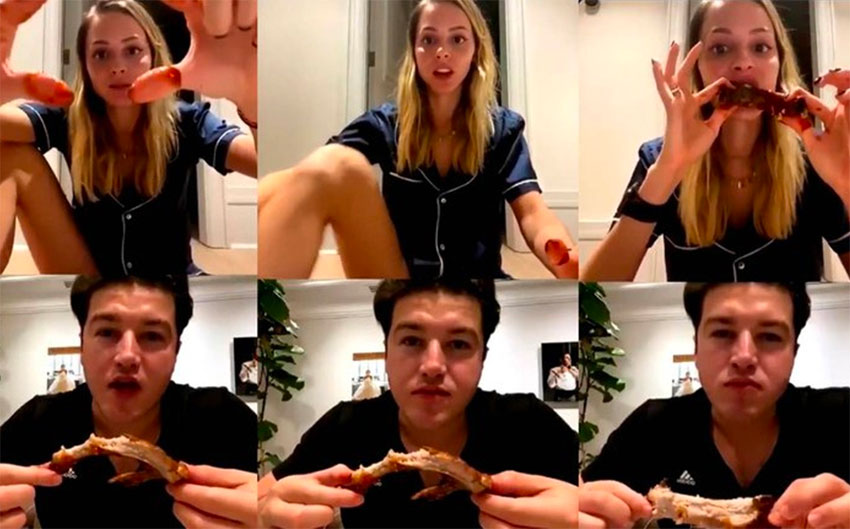 A Nuevo León senator found himself at the center of a trending firestorm on social media after he publicly scolded his wife on an Instagram Live video for “showing too much leg.”

During the live transmission between himself and his wife that was visible to their Instagram followers, Senator Samuel García is seen at one point ordering his wife, fashion and beauty influencer Mariana Rodríguez, to raise her webcam because “she’s showing too much leg” in the video feed, in which a thigh was visible.

Rodríguez at first protests that only her knee is showing, but then ends up putting her leg down after Garcia tells her twice that she is showing too much.

The video, meant to be a casual, socially distanced meal between the couple, soon went viral, attracting widespread criticism on social media yesterday, including Twitter, where it inspired the trending hashtag #YoEnseñoLoQueQuiera (I show what I want).

Critiques of García online called him chauvinist and said it was evidence that the culture of toxic masculinity and violence against women is still normalized in Mexico. Even the general secretary of García’s own party, Movimiento Ciudadano, weighed in: Jorge Álvarez Máynez criticized the senator’s attitude on Twitter Monday, calling it “macho,” although his statement also implied that García had been joking.

“A great amount of aggression and expressions of violence against women have been hidden in ‘humor’ and the presumed lightness with which we repeat them,” he wrote on Twitter yesterday. “This is the moment to understand them, take them seriously, and rectify them. There is no room for incongruence.”

Soon afterward, García issued a public apology on Twitter, picking up on Álvarez’s characterization of his comments.

“I agree with @AlvarezMaynez,” he said on Twitter. “Macho jokes are a bad custom that many men engage in, and we have to stop. I already apologized to Mariana and I am grateful to be called out on these sorts of attitudes. They’re not correct, and they have to stop.”

Senator García has indicated publicly that he wants to run for governor in next year’s election.