Pandemic provided a crash course in science. What lessons have we learned? 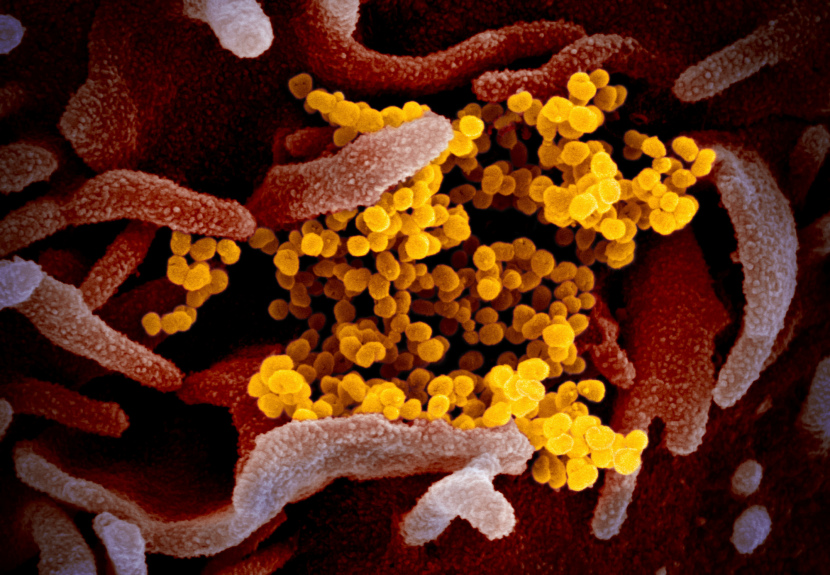 It’s the kind of prediction you might find in a fortune cookie. Pinned to the top of Andrew Noymer’s Twitter feed, dated Jan. 31, 2020, it says: “Duck tape your underpants. 2020 is going to be a wild ride.”

It contradicted messaging from the U.S. Department of Health and Human Services, just days before: “Americans should not worry for their own safety.” And from the soon-to-be beloved Dr. Anthony Fauci, just days after: COVID-19’s danger to the U.S. is “just minuscule.”

Noymer, an epidemiologist and demographer at UCI Irvine who studies infectious diseases, was already on the edge of his seat. “2019-novel-coronavirus *is* more frightening than SARS +certainly more than MERS b/c spreading more countries more quickly +appears to have an appreciable case fatality rate,” Noymer tweeted on Jan. 30, kicking off 240-character brawls with other scientists who insisted flu posed a greater risk.

After a year of global pandemic and its attendant horrors, Noymer — and the rest of us — can look back at an agonizing, astounding year where science took center stage and delivered a bedazzling, if imperfect, performance. As the world awaits an encore — the promise of more scientific breakthroughs for other life-threatening diseases — Noymer can savor the three sweetest words in the English language: You were right.

“This was a new coronavirus that we had never seen before and the entire population was tabula rasa, a blank slate,” he said. “That’s a big deal. Everyone on the planet was immunologically naïve — which is a mouthful, but it means we had no resistance to it. Therefore, it was going to run through the whole population before it was over. And that’s what’s happening.”

The stars of the 2020 science show were, of course, vaccines — especially those based on mRNA technology, which essentially turns a person’s cells into tiny drug manufacturing plants.

Heretofore, the quickest vaccine ever developed was for the mumps, at a speedy four years. In 2020, advanced technology birthed multiple vaccines in about the time it takes a human baby to gestate. The three with emergency approval from the FDA are 100 percent effective in preventing severe disease and death — something nearly inconceivable a short year ago.

“I approached the mRNA vaccines, like most things we critique in science, with skepticism,” said Philip L. Felgner, director of UC Irvine’s Vaccine Research and Development Center and Protein Microarray Laboratory and Training Facility. “The results provided by the vaccine developers seemed too good to be true, almost complete protection after one injection within 14 days.”

UCI Medical Center started vaccinating health care workers on Dec. 16. Felgner’s lab tracked the presence of antibodies in their blood over time. It was 13% at the start and up to 78% by late January. And by the end of February — after 10,000 health care workers had been vaccinated — 93% were “seropositive,” and their antibody levels are even higher than those who’ve recovered from COVID-19.

“This exceeds the 80% herd immunity threshold,” Felgner marveled. “The pace of our effective response to this pandemic is astonishing and a testament to the preparedness afforded the national and international investment in science.”

This achievement is the product of unprecedented global cooperation among scientists who were once fierce competitors, a life-or-death urgency that has researchers sharing early findings online long before the traditional slog through peer-review and journal publication, the pivot of researchers in far-flung fields to coronavirus research, the existence of a sturdy technology just waiting for its moment in the spotlight, and billions of public dollars thrown at the effort in a war footing.

“This has never happened before. People don’t fully appreciate how positive it is — it’s under-celebrated, under-recognized, under-reported,” said Maja Matarić, interim vice president of research at USC, a distinguished professor of computer science, neuroscience and pediatrics and founding director of the USC Robotics and Autonomous Systems Center.

“Scientists are literally saving the world. Why isn’t everyone celebrating that?”

In some ways, our systems of science have worked brilliantly, said Ted Porter, a distinguished professor who specializes in the history of science at UCLA. But not in all ways.

The development and deployment of COVID-19 tests was, at least early on, a scientific, logistical and regulatory flop. Messaging about how to prevent the disease was inconsistent and confusing, partly because not very much was known, partly because it became politicized. The search for effective treatments never quite captured the public imagination — or as much of the public purse — as did the race for vaccines.

“The speed at which knowledge could be shared, that was quite an impressive thing,” said Richard Carpiano, a public health scientist and medical sociologist at UC Riverside. “Preprints would go up and we’d see robust debates among the experts who were able to engage with the public on social media to explain things and answer questions. It’s amazing how quickly ‘epidemiologist’ became a household word.”

But some scientists sped out of their lanes of expertise, seeking publicity and self-aggrandizement. Junk research grabbed attention and funding, wasting time and money. A basic lack of science literacy became disturbingly apparent as some claimed mRNA changes your DNA (it does not; mRNA simply instructs your cells to manufacture a protein — in this case, a copy of the spike protein from the coronavirus — so your immune system can recognize and attack the real thing).

“When we went into lockdown, the two thoughts that came into my head — which now look incredibly naïve — were that, finally, we’d have an appreciation in our nation of the public health system and what it can do, and that maybe this will suck the wind out of the anti-vax movement once and for all,” Carpiano said.

The opposite appears to have happened, with vaccine skeptics sowing fear and doubt in a vastly wider audience. “The 800-pound gorilla here is the extent to which disinformation and misinformation circulate as fast as they do,” Carpiano said.

“The pandemic really has brought to the fore how we think about expertise, how we trust institutions and science,” he said. “It raises questions about how scientists, as a community, can do better in communicating with the public. It’s not enough for scientists to have Twitter accounts. We need to think about scientific knowledge, science education, in the 21st century.”

Will the stunning success of COVID-19 vaccines reinforce the notion that technology will always save us? Carpiano worries. Our nation needs serious pandemic planning and a more effective and equitable public health system, he said.

Some feel there was unnecessary panic, and we may have suffered self-inflicted wounds.

“I was never worried that this virus would be a threat to the vast majority of the population given the initial data, and that the average human immune system is equipped to defeat virtually any new pathogen,” said Egest J. Pone, project scientist in UC Irvine’s Vaccine Research & Development Center.

“I find it unfortunate that the COVID-causing virus was renamed ‘SARS-CoV-2’ rather than remaining under the original name ‘2019-nCov’ … the virus does not cause ‘severe acute respiratory syndrome’ in the vast majority of infected people.”

That early data showed that mortality for people younger than 65 was comparable to flu and non-COVID pneumonia, while mortality in older people — particularly those over 75 — was much higher. That made perfect sense: the vast majority younger people have a strong “immune repertoire,” but that’s greatly diminished at life’s end, Pone said.

“Therefore, besides the availability of vaccines, the best response learned from this pandemic is improved infection control measures — masks, temperature checks — at places with large numbers of frail individuals, including nursing homes and hospitals,” he said.

Porter, of UCLA, wonders how history will judge this moment. “Is it going to look like a storm in a teapot in another 10 years?” he asked. “If the next epidemic — and there might be one soon — is similar enough that we could apply the lessons of this one to it, would we do it? I do not know the answer. I’m not confident.”

Many feel that progress can’t help but continue.

At UC Irvine’s Laboratory of Cellular and Molecular Immunology, director Lbachir BenMohamed is pushing the next frontier — a preemptive, “pan-coronavirus” vaccine designed to squash everything from COVID-19 to the common cold.

At USC, researchers are pulling overnight shifts so work can proceed with proper distancing. Proposals continue to flow in and millions in grants are awarded — with the expectation that data be shared. “Undoubtedly, the research networks forged both at USC and worldwide during the pandemic will continue and lead to other critical discoveries that can save lives,” Matarić said.

There’s more funding for vaccine and antibody research, with cancer in its sites. Many immunologists suspect that the most significant cure for cancer and autoimmune diseases will come from antibodies, vaccines or immune cells that turn the tide, shoring up weakened or dysfunctional immune systems, Pone said.

COVID-19 isn’t going away. It’s likely to become manageable, like the flu — so long as the global vaccination picks up speed. Everyone needs to be vaccinated to stop the virus from mutating into more dangerous variants, said Noymer (who knows that it’s “duct tape,” not “duck tape,” but wrote the way people speak). “It’s a chance for the world to act globally and think locally.”

Perhaps the biggest lesson of this pandemic year is that science isn’t a monolith or an ossified set of facts. It’s not something that you believe in, the way you believe in God. “It’s a method,” Noymer said. “A method by which we test hypotheses.”

And it’s vital, Matarić said. “We need a citizenry that understands the role of science and appreciates it in the context of their own lives, their own futures, their own ability to survive what nature throws at us. If we don’t take the lessons of the pandemic and act on them, it’ll be worse next time — and there will be a next time.”