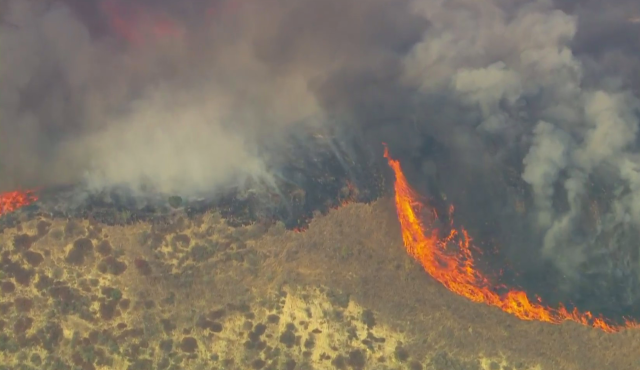 Voluntary evacuations were underway due to a 800+-acre fire that erupted near Lake Piru as a brutal heat wave scorched the region and several fires had already caused some of the worst air quality in some time.

The so-called Holser Fire was burning in a remote area of the Holser Canyon in unincorporated Piru. The fire was moving east toward Los Angeles County, Ventura County Fire officials said.

Evacuation warnings were issued for the following areas:

Piru Canyon Road and Main St were closed at Orchard Street, according to CHP.

Those living in the area were asked to visit http://VCEmergency.

It was said to have started from a car fire.