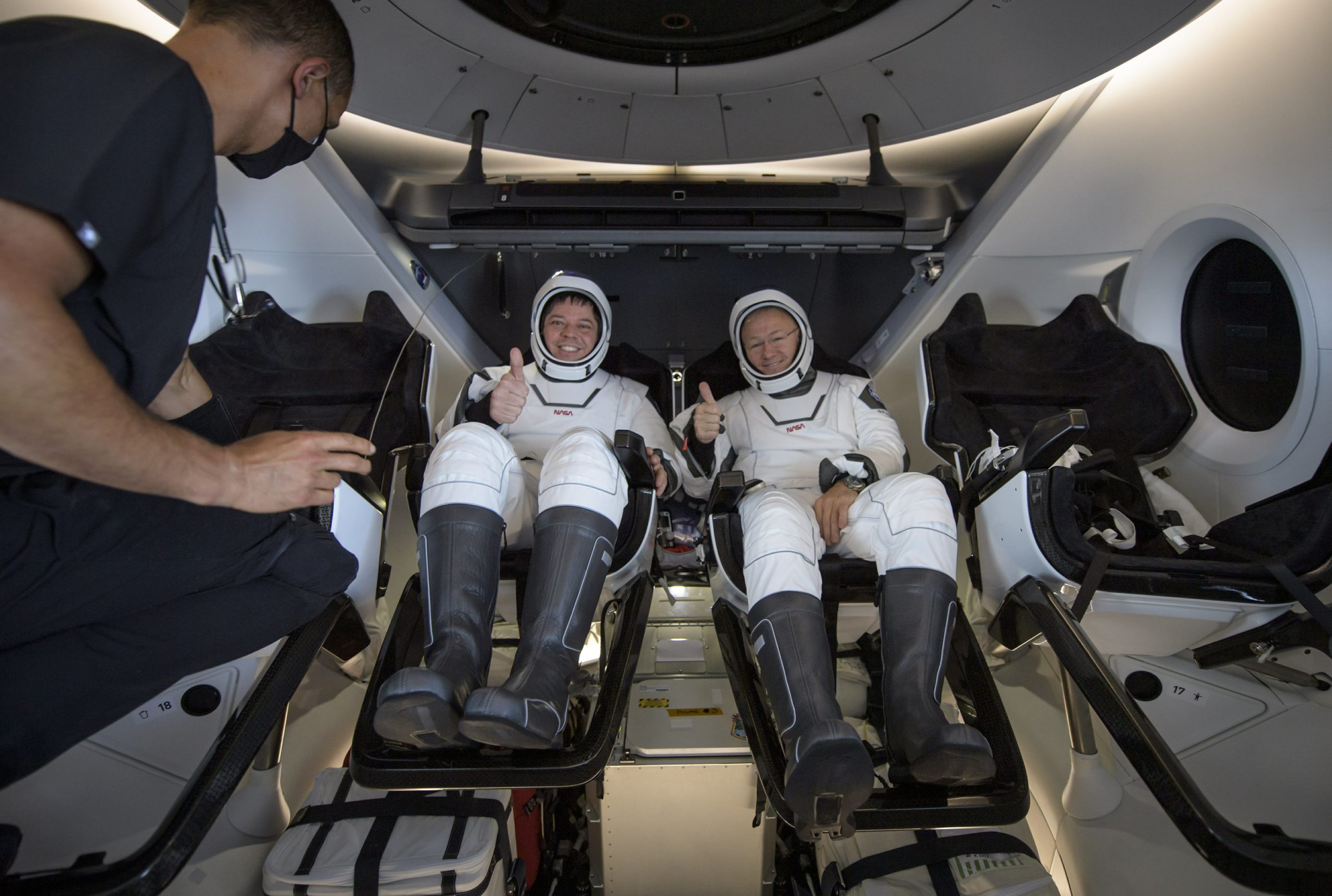 Two NASA astronauts returned to Earth on Sunday in a dramatic, retro-style splashdown, their capsule parachuting into the Gulf of Mexico to close out an unprecedented test flight by Elon Musk’s SpaceX company.

It was the first splashdown by U.S. astronauts in 45 years, with the first commercially built and operated spacecraft to carry people to and from orbit. The return clears the way for another SpaceX crew launch as early as next month and possible tourist flights next year.

Test pilots Doug Hurley and Bob Behnken rode the SpaceX Dragon capsule back to Earth less than a day after departing the International Space Station and two months after blasting off from Florida. The capsule parachuted into the calm gulf waters about 40 miles off the coast of Pensacola, hundreds of miles from Tropical Storm Isaias pounding Florida’s Atlantic coast.

“Welcome back to planet Earth and thanks for flying SpaceX,” said Mission Control from SpaceX headquarters.

“It was truly our honor and privilege,” replied Hurley.

The astronauts’ ride home in the capsule dubbed Endeavour was fast, bumpy and hot, at least on the outside.

The spacecraft went from a screaming orbital speed of 17,500 mph (28,000 kph) to 350 mph (560 kph) during atmospheric reentry, and finally to 15 mph (24 kph) at splashdown. Peak heating during descent was 3,500 degrees Fahrenheit (1,900 degrees Celsius). The anticipated top G forces felt by the crew: four to five times the force of Earth’s gravity.

“Endeavour has you loud and clear,” Hurley radioed following a brief communication blackout caused by the heat of atmospheric entry.

A SpaceX recovery ship with more than 40 staff, including doctors and nurses, moved in quickly following splashdown and lifted the 15-foot capsule onto its deck. Two smaller, faster boats arrived first at the capsule while it was slowly bobbing upright in the water. To keep the returning astronauts safe in the pandemic, the recovery crew quarantined for two weeks and were tested for the coronavirus.

After medical exams, the astronauts were expected to fly home to Houston for a reunion with their wives and sons.