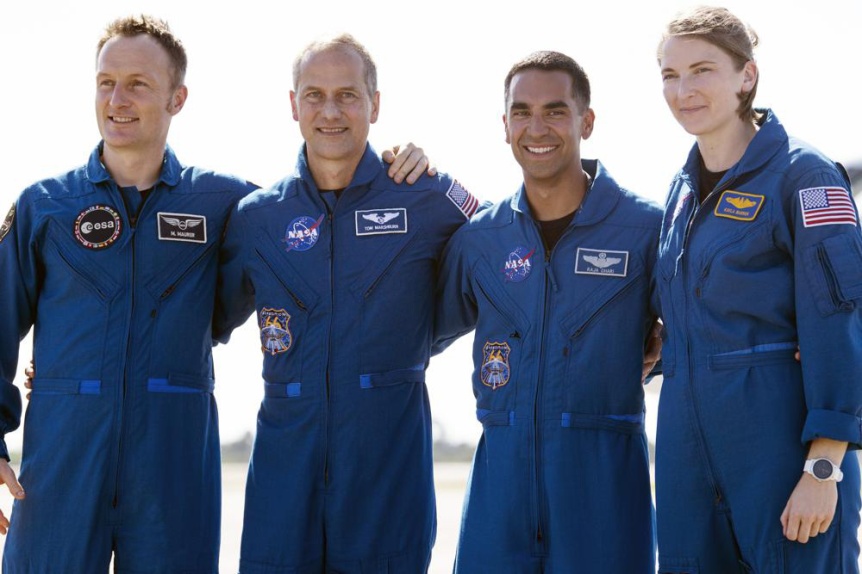 Hawthorne-based SpaceX has bumped its next astronaut flight for NASA until Wednesday, Nov. 3,  because of rough wind and waves hundreds of miles away.

Four astronauts were supposed to blast off early Sunday morning (late Saturday Pacific time) on a six-month mission to the International Space Station. But while the forecast at NASA’s Kennedy Space Center was near perfect, a large storm in the Northeast had the sea churning farther up the coast. The safety violation prompted managers on Saturday to move the launch.

For crew launches, SpaceX requires good weather all the way up the Eastern Seaboard and across the North Atlantic to Ireland, in case something goes wrong and the capsule has to make an emergency splashdown.

Calmer conditions are expected Wednesday. The one German and three U.S. astronauts will remain at Kennedy until then.

This will be SpaceX’s fourth astronaut flight for NASA in 1 1/2 years and the company’s fifth passenger flight overall. Last month, SpaceX launched its first private flight, sending a billionaire and his three guests into orbit.