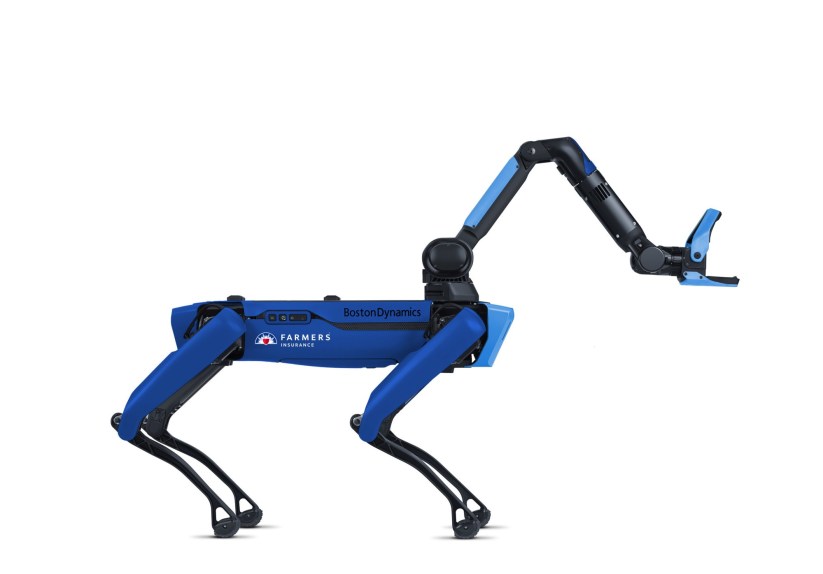 Woodland Hills-based Farmers Insurance announced on Monday, Sept. 20, that the company will soon deploy “Sport,” a robot, to assist with catastrophe claims and property inspections.

The digitally controlled robot will assist claims personnel in the field, in a move the company says will improve safety and efficiency. Farmers Insurance one of the first national property and casualty insurers to utilize a robotic quadruped, according to the company.

“Farmers’ efforts in the area of technology are driven by a long history of innovating for the customer and employee,” company officials said in a statement about the robot, called “Spot,” which was custom-built for Farmers Insurance by Boston Dynamics.

“Spot” is equipped with sensors and cameras, including a 360-degree camera and site-documentation software. The robot is expected to join claims personnel in the field as early as this fall.

Farmers Insurance officials said Spot will to help reduce the time required to capture data in the claims review process and better assess damage from catastrophes such as hurricanes, tornadoes, earthquakes and wildfires, as well as non-catastrophic events such as structure fires and collapsed structures. The robot’s agility, advanced mobility and ability to navigate rough terrain will allow it to access spaces and environments inaccessible for claims employees, according to the company.

In addition to utilizing Spot for in-field claims use, Farmers will explore applications that could help first-responder organizations during scenarios such as post-event search-and-rescue operations.

“Adding such a dynamic robot to our stock of evolving tech — such as drones and satellite imagery — will help us build on our legacy and deepen our commitment to customers,” said Samantha Santiago, head of claims strategy and automation at Farmers.