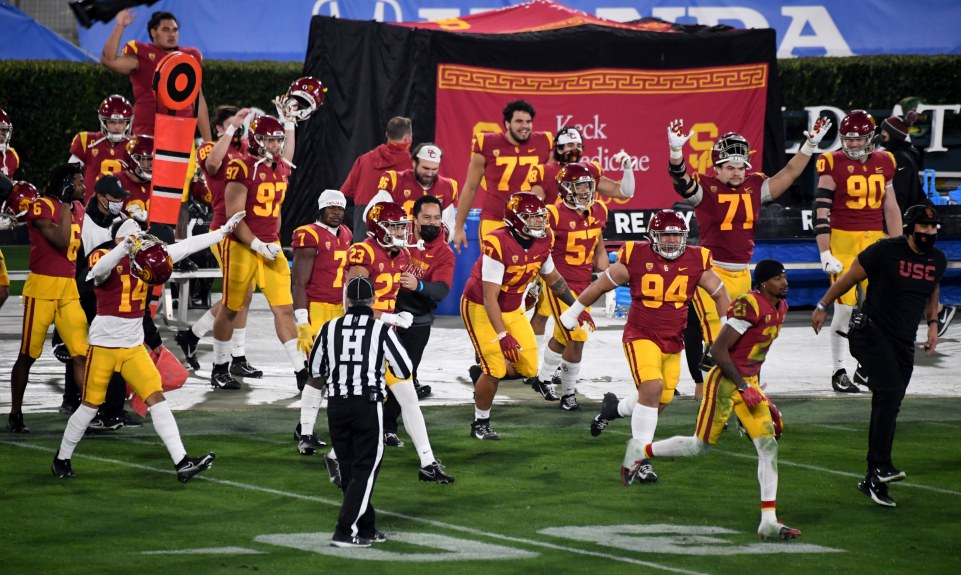 USC may have lost a day of game planning, but the Trojans now know definitively who they will play in the Pac-12 championship game on Friday.

The opponent will be the Oregon Ducks, as Washington, the Pac-12 North winner, had to pull out of the game due to COVID-19 issues that already caused the Huskies to cancel last week’s regular-season finale against Oregon.

As the runner-up in the division, Oregon was selected to replace the Huskies.

Washington head coach Jimmy Lake said on Monday that for the last week his team has not had the back-to-back days of negative tests required to restart practices. He also noted that the Huskies’ entire offensive line is currently in quarantine.

The decision to have Oregon play the game cleared up a significant level of uncertainty for USC, which previously had been under the assumption that it would have to game plan for two potential opponents in case the Pac-12 had to pivot to an alternative a day or two before kickoff.

In the end, USC just loses one day of game planning. The Trojans spent Sunday scouting Washington and discussing the Huskies during the walk-through practice with players. The idea was to go over first- and second-down game plans for Washington during Monday’s practice, then have the coaching staff begin looking at Oregon film on Monday night.

But with this announcement, USC received the time to do a quick review of Oregon before Monday evening’s practice and just focus on the Ducks for the rest of the week.

It still creates the unorthodox situation where a division runner-up could wind up winning the Pac-12 championship, thus securing the conference’s automatic bid to a New Year’s Six bowl game.

But that’s the situation created by the Pac-12’s uncertainty this fall, going first to a conference-only schedule, then to a spring season, then back to this abridged version the teams have actually played through.

“If we would have had the Pac-12-only schedule that started on Sept. 26, we definitely would have had way more wiggle room as a conference to replay games, make up games,” Lake said. “I do know this, the Pac-12 leadership was trying to do what was best for the health and safety of our players and staff.”