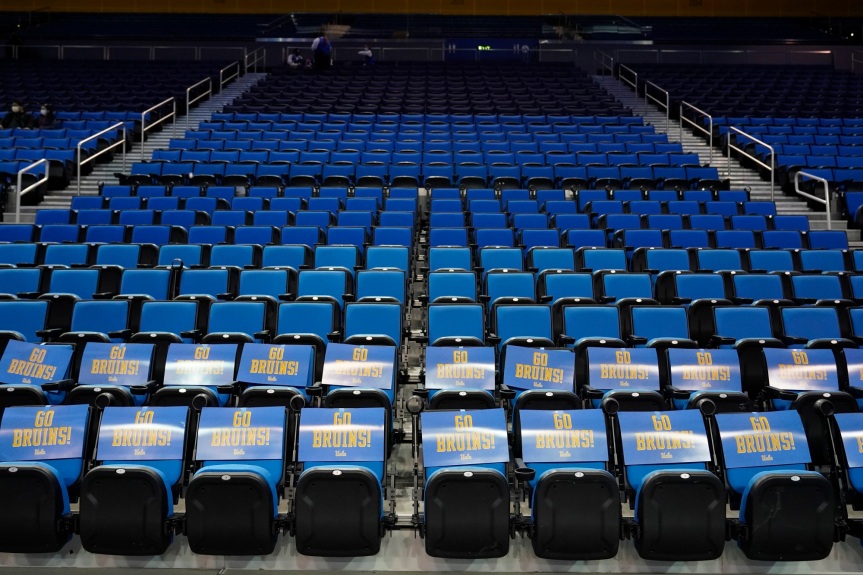 After the UCLA men’s basketball game against Alabama State on Wednesday night in Pauley Pavilion was canceled due to COVID-19 protocols, attention was turned to whether UCLA’s second trip to Las Vegas this season was in question.

Now, that question has been answered. Saturday’s game against North Carolina in the CBS Sports Classic in Las Vegas’ T-Mobile Arena is off, according to a university release Friday morning.

“The UCLA men’s basketball game versus North Carolina in the CBS Sports Classic this Saturday has been canceled due to COVID-19 developments within the Bruins’ program. The game, scheduled to be played at T-Mobile Arena in Las Vegas, will not be rescheduled,” the release reads.

The Bruins have also decided to pause team-related activities, which now leaves more questions on the status of future games.

The men’s next scheduled game is against Cal Poly on Wednesday at Pauley Pavilion.

The first sign of problems came Wednesday afternoon when it was announced UCLA men’s basketball coach Mick Cronin would not be coaching against Alabama State because of a COVID-19 protocol.

Just hours later, the game was canceled and Alabama State coach Mo Williams, his staff and players were standing in an empty Pauley Pavilion thinking about how they were going to spend their Wednesday night.

The UCLA women’s basketball team also had to cancel its home game Thursday against Texas Southern due to COVID-19 protocols.