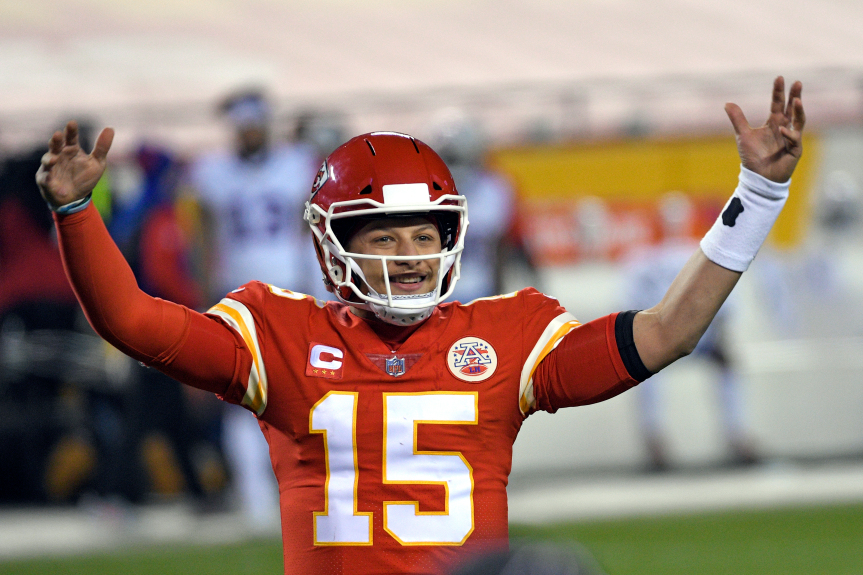 Los Angeles County health officials, aiming to prevent large gatherings of outdoor diners to watch the Super Bowl, have added a “no big-screen TV” rule to the much-anticipated revision of its pandemic-era health order aimed at limiting spread of the coronavirus.

But, as promised by health officials earlier in the week, it comes with new restrictions on restaurants.

The most high-profile of the new limitations: Restaurants operating outside are not allowed to have televisions or other screens broadcasting any type of programming for customers. That appears to translate as: “No Super Bowl parties.”

The order states: “Televisions or any other screens that are used to broadcast programming must be removed from the area or turned off. This provision is effective until further notice.”

The restriction is an apparent effort to prevent gatherings of sports fans to watch games and other events, most notably during the most-watched TV show of the year, the NFL’s championship game. This year’s Super Bowl LV could draw record ratings, pitting six-time champion Tom Brady and the Tampa Bay Buccaneers at home against the defending champion Kansas City Chiefs, led by All-Pro quarterback Patrick Mahomes.

Other high-profile TV events will also be on the calendar in the weeks ahead, but it’s not certain if this ban will be lifted after the NFL season ends.

“We know that Super Bowl Sunday is coming up, and we can’t repeat the mistakes of the past,” Ferrer said. “It will be tragic if the Super Bowl becomes a super-spreader of coronavirus.”

Restaurants reopened for outdoor service earlier this week in Long Beach and Pasadena, which operate their own health departments. But it wasn’t clear if they will align with the ban on screens.

Less of a surprise in the revised order: Restaurants and breweries can now open to outdoor dining at 50% capacity outdoors. The order limits table seating to six people, and “all people seated at a table should be members of the same household.”

The order encourages, but does not mandate, seating to be done by advance reservation. It urges restaurants to notify customers “to call in advance to confirm outdoor seating/serving capacity, where possible.” Restaurants also must collect contact information from customers in case there’s a future need to reach out in contact-tracing efforts.

The order also lifts the previous requirement that non-essential retail businesses be closed between 10 p.m. and 5 a.m.

Restaurants and breweries join other businesses now permitted to reopen this week, including salons and barbershops indoors at 25% capacity, casino/cardrooms outdoors at 50%, and other outdoor recreation facilities at 50%.

Businesses are required to post signage and verbally inform customers that everyone sharing a table must be from the same household. Outdoor tables must be repositioned or removed so that all tables are at least 8 feet apart.

The openings come as daily coronavirus statistics appear to be on a downward trend, though they have plateaued at very high levels, which continued to put pressure on hospitals for their staffing, space and resources. Officials are concerned that the high county, coupled with any new surges, could still overhwelm the healthcare system.

Another 6,592 new cases were reported Thursday. But the number of people testing positive each day on average — roughly 7,000 cases — is now trending far below the 15,000 per day mark of early this month.

The county surpassed 16,000 fatalities related to the virus on Thursday.

Health officials have warned that daily deaths will likely remain high for the rest of the month, even as case numbers and hospital admissions continue to fall. Deaths are considered a lagging indicator, meaning they naturally follow increases in hospitalizations, and early January saw daily hospital populations top 8,000.

While the case numbers have improved, they still remain dramatically high. Dr. Christina Ghaly, the county’s health services director, noted this week that while new COVID hospital admissions have dropped to about 500 per day from the recent high of about 700 per day, the current rate is still double that seen in the virus surge that occurred last summer.

Experts are also concerned that new variants of the virus could propel a new surge.

The rollout of vaccinations, though plagued by short supplies and sign-up system hit hard by technical hiccups early on, has nonetheless raised hope that the end of the pandemic may be in sight,  though still many months away. State officials announced that they are contracting with medical giant Blue Shield of California to take on oversite of vaccine deliveries, aiming to repair the sluggish rollout.

Discussion of reopening the county’s schools was rekindled, though there is disagreement about how quickly it can happen for some districts.

Ferrer on Thursday reiterated her call for residents and business owners to strictly adhere to all infection-control measures, particularly as more businesses open and more people interact in public.

“To continue to drive down transmission, we all must commit to taking the actions that work to slow COVID-19 spread,” Ferrer said in a statement. “When more sectors re-open the risk of COVID-19 transmission increases, because people are interacting more with non-household members. In order to avoid re-openings resulting in increases in cases, businesses and individuals need to be more diligent, not less, in following public health measures.

“We have a way to go before our hospitals are not stressed and fewer people die each day. Staying on a recovery journey is only possible if we all play by the rules,” she said.