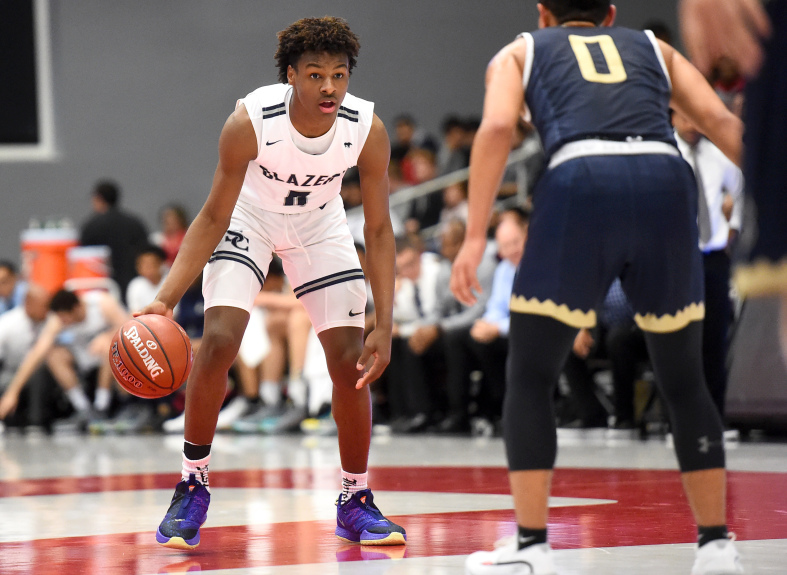 Sierra Canyon’s Bronny James suffered a torn meniscus in his knee, multiple sources confirmed for the Los Angeles Daily News on Thursday. The highly touted sophomore has had surgery, and he is expected to make a full recovery.

The injury, which happened roughly three weeks ago, is believed to be season-ending, one source said. But it might depend on the status of high school basketball in California, which has yet to permit indoor high school competition, including basketball and volleyball.

James mentioned recently on the live streaming Twitch platform for video games that he had torn his meniscus, but did not mention how it happened.

Bronny, son of Los Angeles Lakers forward LeBron James, is a five-star-rated recruit for the class of 2023, according to 247Sports.com. He’s ranked 19th nationally – regardless of position – and is the No. 4-rated combo guard.

There’s no telling how many games James will miss this spring if prep basketball is given the green light to play. Sierra Canyon has competed as a club team called CBC (California Basketball Club) this year, and plans to compete March 5 in Utah against Seattle Rotary. There are also rumblings that CBC will play other out-of-state games in March.

James will not be playing.

CBC played on Nov. 11 against Air Nado (Coronado High) in Phoenix and lost 89-83. James scored nine points, all in the first half.

James was an impactful freshman last year for Sierra Canyon, which boasted McDonald’s All-Americans Ziaire Williams and Brandon Boston Jr. James’ best game of the season came in Columbus, Ohio, against his father’s alma mater, St. Vincent-St. Mary. James notched his career-high that night with 15 points, including the go-ahead basket in a 59-56 victory in front of 14,000 fans.