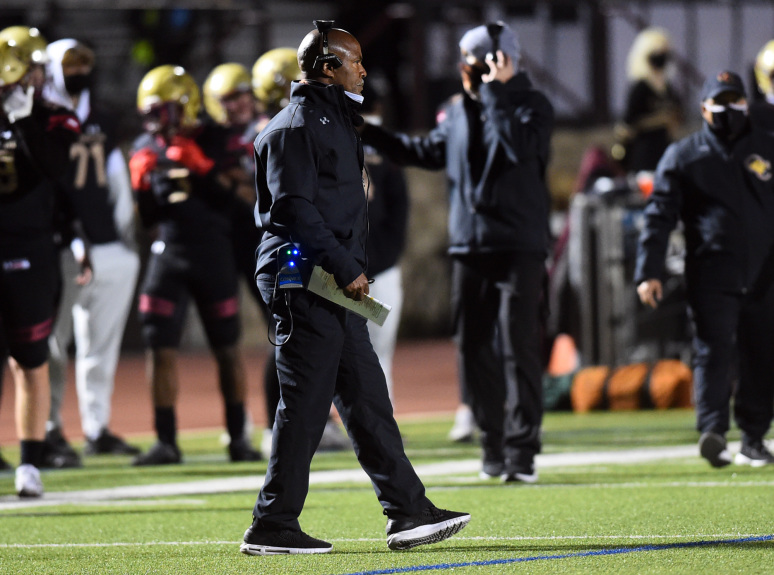 GAME OF THE WEEK

The Game of the Week has the makings to be the ‘Game of the Spring’ Friday night when Daily News No. 1 Sierra Canyon football hosts No. 2 Oaks Christian at 7 p.m. in Chatsworth.

The game will be broadcast online via Fox Sports’ Prepzone.

The two teams squared off on September 6, 2019, in Westlake Village where Oaks Christian edged Sierra Canyon 21-14. It was the Trailblazers’ only loss of the regular season that fall. However, that’s not being used as a motivational tool.

“I don’t use the past to motivate my team,” Sierra Canyon coach Jon Ellinghouse said. “This is No. 1 versus No. 2, that should be motivation enough.”

The two teams have highly-touted college recruits in every facet: offense, defense and special teams.

Oak Christian’s running back tandem of Semaj Freeman and Derek Boyd is matched with Sierra Canyon backfield of Jason Jones and Anthony Spearman. The Lions are explosive at wideout, too, with Chase Farrell and UCLA-commit Carson Schwesinger. For the Trailblazers, it’s DJ Harvey and Donovan Williams.

Where Oaks Christian has the edge (on paper) is at the quarterback position. Cole Tannenbaum is now in his second year under coach Charlie Collins and has already passed for 529 yards and five touchdowns in two games.

“(Oaks Christian) has a balanced attack, and a good quarterback,” Ellinghouse said of the Lions.

Sierra Canyon junior quarterback Daniel Duran is talented, but is new to the program, coaches and school since arriving from St. Bonaventure in late February.

Most of the time, quarterback play is only as good as the offensive line. Through the two games each team has played, there’s no question that Sierra Canyon’s offensive line has been more tested. Duran threw for 162 yards and two touchdowns against St. John Bosco two weeks ago.

Maybe, that’s where the game will be decided.

“It should be a great game,” Ellinghouse said.