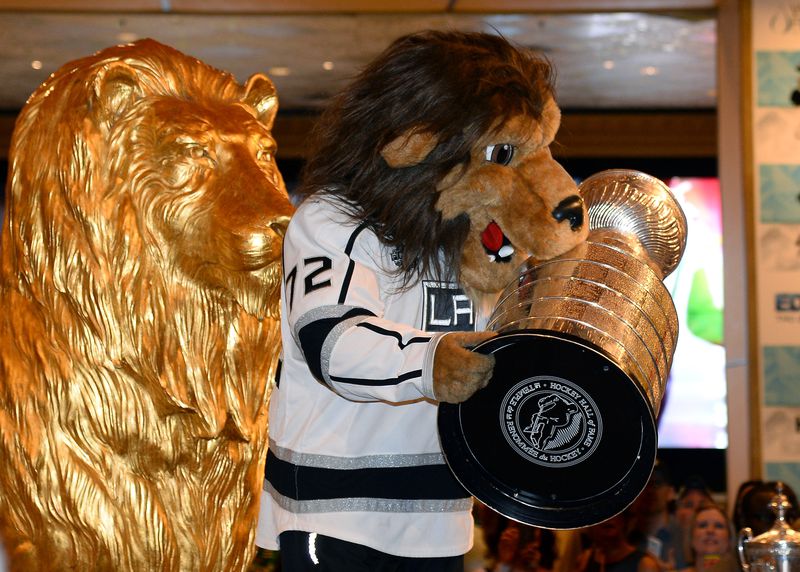 The Los Angeles Kings have suspended the man who dresses as the ice hockey’s team mascot, Bailey the lion, after a woman filed a sexual harassment lawsuit against him.

The plaintiff is a former employee with Kings Ice Crew, a group of brand ambassadors who lead fan activities and other programs to promote the team. She accuses Tim Smith, who also serves as the senior manager of game presentation and events for the Kings, of sexually harassing her verbally and physically and then firing her after she complained, ESPN reported.

“We will conduct a thorough investigation into this matter,” team officials told the sports channel in a statement Friday. “The employee in question has been suspended, effective immediately, pending the conclusion of that investigation.”

The lawsuit, which also names the team itself and Kings owner AEG Corp., seeks more than $1 million in damages.

The woman who filed the complaint was asked to return to her job after Smith fired her, but she claims the harassment continued and she was forced to quit.

This is at least the second sexual harassment lawsuit filed against Smith since he joined the Kings organization more than a decade ago. He was sued in 2017 for allegedly grabbing a man’s buttocks during an elevator ride at the Kings’ arena a year earlier. The lawsuit was settled in 2018.