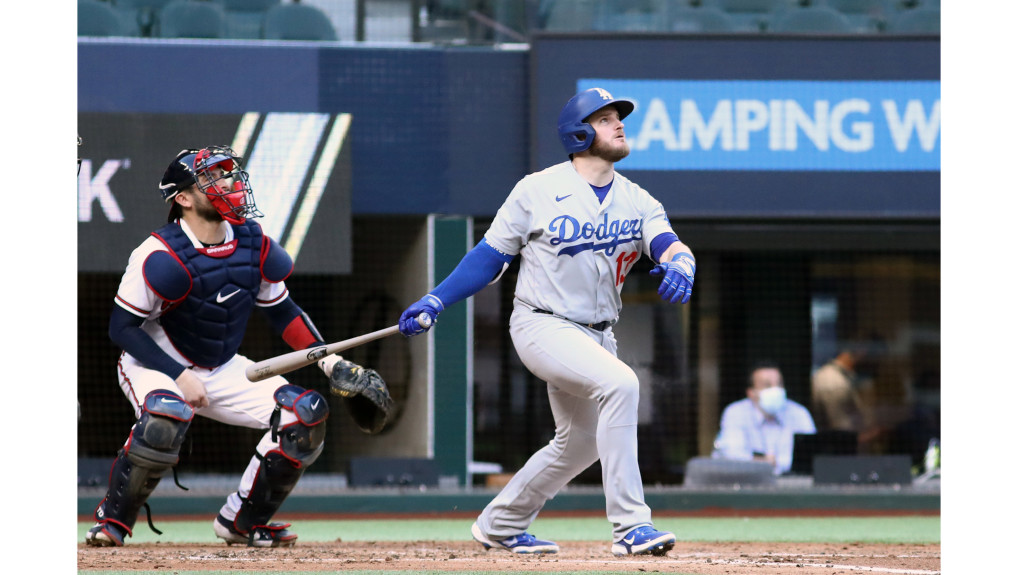 Chalk one up for momentum.

Hoping to carry whatever positive vibes they might have built during the late innings on Tuesday into their next game, the Dodgers did that and then some with a record-setting start to Game 3 on Wednesday at Globe Life Field in Arlington, Texas.

The Cardinals were the only other team to score that many in the first – doing it in Game 5 of last year’s NL Division Series, also against Atlanta. The Dodgers tied those Cardinals for another postseason record by sending 14 hitters to the plate in the 32-minute top of the first inning.

The rally began with a Mookie Betts infield single that first-base umpire Dan Iassogna initially called an out. The call was overturned on a Dodgers replay challenge, allowing them to take their first lead of the series one pitch later on Corey Seager’s opposite-field RBI double.

After Braves starter Kyle Wright induced a pair of groundouts from Justin Turner and Max Muncy, Will Smith hit another run-scoring double to center, and Cody Bellinger drew a walk. Joc Pederson then delivered a three-run home run to center field, and Edwin Ríos added a solo shot on the next pitch. Pederson and Rios were in the lineup because of Wright’s inferior statistics against left-handed hitters.

Wright next walked Chris Taylor, and his day was done having retired just two of the nine batters he faced.

The Dodgers continued to rally off reliever Grant Dayton, who walked Betts on five pitches then allowed an RBI single to Seager. Dayton then hit Turner on the foot with a pitch to load the bases before Muncy, who hit a two-run home run in the ninth inning of Tuesday’s 8-7 loss, hit a 435-foot grand slam to cap the scoring.

The Dodgers became the first team to hit three home runs in the first inning in postseason history.