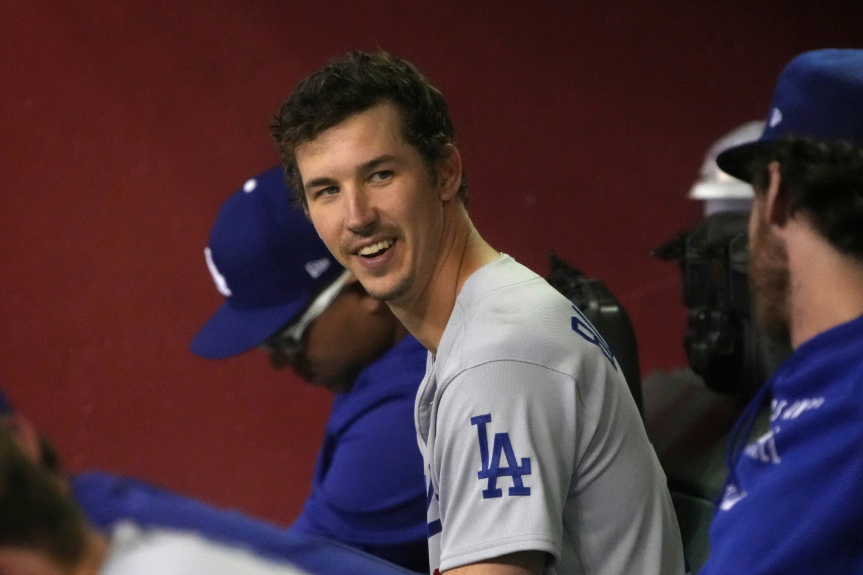 Justin Turner and Walker Buehler were named to the National League All-Star team, giving the Dodgers a total of five representatives at baseball’s annual midsummer showcase next Tuesday.

They will not be joined in Denver by Dodgers right fielder Mookie Betts, who was among several players replaced on the roster due to an injury. Major League Baseball made the announcement Saturday in a press release.

The league did not specify the nature of Betts’ injury. He played all nine innings Friday in the Dodgers’ 5-2 loss to the Arizona Diamondbacks and went 0-for-4.

Turner ranks ninth in the National League in hits and carried a .302 batting average into Saturday’s game against the D-Backs. His 45 RBIs and .391 on-base percentage are second on the Dodgers to teammate Max Muncy. The 36-year-old had been named to one NL All-Star team previously, in 2017.

Muncy and Betts were chosen as All-Star reserves via player balloting. Dodgers outfielder Chris Taylor was chosen as a reserve by the league.

The collective bargaining agreement between MLB and the MLB Players’ Association stipulates that players chosen to the All-Star Game must attend except in certain situations.

Players who are on the injured list, or suffer an injury during the two regular-season games prior to the All-Star break because of an injury, are exempted from participating. Neither of these would exempt Betts, since the Dodgers play Saturday and Sunday and Betts is not on IL.

A player can also be exempted if his team advises him “to refrain from baseball activities during the All-Star Break to treat a chronic injury or condition and submits (to both the Office of the Commissioner and the Players Association) a certification from his Club physician, with supporting medical records, documenting the injury and endorsing the Club’s recommendation, and the Office the Commissioner approves the Club’s recommendation.”