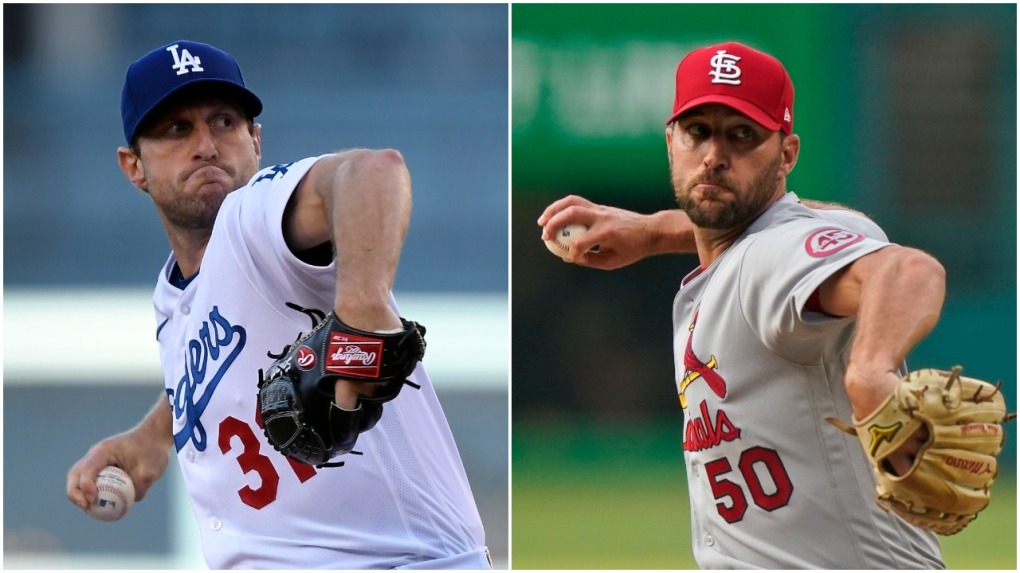 Winning 106 games (tying the franchise record) was not enough for the Dodgers to avoid this predicament – starting the postseason with their backs to the wall in a one-game, win-or-go-home playoff.

To which, Max Scherzer essentially says – suck it up, snowflake.

“Look, you’ve got to win your division. We didn’t win our division. There’s no crying in baseball,” Scherzer said Tuesday on the eve of the National League wild-card game between the Dodgers and St. Louis Cardinals.

“So we were in second place. We’re in the wild-card game.”

Scherzer is well aware that a wild-card berth is far from a death sentence in the postseason. Seven wild-card teams have won World Series championships – Scherzer’s Washington Nationals in 2019 being the most recent. The (then-)Florida Marlins in 1997 and 2003, the Angels in 2002, the Boston Red Sox in 2004, the St. Louis Cardinals in 2011 and the San Francisco Giants in 2014 all took the long way to a championship.

But having one bad day as a wild-card team is a death sentence.

“It’s one game. Win or you go home,” Scherzer said. “You’re always on pins and needles in any situation and you just got to be calm, cool and collected and go out there and execute. Go out there and pitch your best, pitch your game.

“When you get in these situations, there’s a premium on every 90 feet on both sides of the ball. The ball always seems to find a way to have weird bounces in these situations. You get these games and something happens. So, you’ve just got to be ready for that and you can’t ride the emotional rollercoaster because there’s going to be unbelievable highs and some unbelievable lows. You just got to ride through it, knowing that you’ve got to be consistent. Just go out there and play good baseball. Never let the situation get to you. Always worry about the next pitch not what just happened.”

Scherzer will take the ball for the defending World Series champion Dodgers on Wednesday against another veteran who is wise in the ways of the postseason. It is a pitching matchup for the aged – the 37-year-old Scherzer against 40-year-old Cardinals right-hander Adam Wainwright. Appropriately, it will be an early-bird special with the first pitch at 5:10 p.m.

“I don’t (feel my age). I felt way older than my age about three, four years ago,” said Wainwright, a bit player as a rookie on the Cardinals’ 2006 World Series championship team who missed the 2011 title while recovering from Tommy John surgery.

“Now I feel, I think, significantly younger than my age. But in every other job place in America, I’m still a pretty young fella. It’s just in this job that I chose that I’m an old guy. That’s kind of the way I look at it. I’m still a young man in the eyes of the rest of the world. I think as soon as you start buying into the age thing, you buy into the fact that you’re old, then you are.”

Wainwright enjoyed a late-career renaissance this season, going 17-7 with a 3.05 ERA and 1.06 WHIP by “understanding finally who I was as a pitcher and kind of putting my ego behind me and just doing whatever was necessary, whatever it took to win that game.” Along with changes in his diet and workouts as he accepted his age, the acquired wisdom earned Wainwright a contract for 2022 at more than double his $8 million salary this season.

“When I was a younger player I never have thrown as hard as people think I do,” Wainwright said. “I’ve never been a fireballer, never been a blazer, sitting 95 mph. That’s never been me. You can check my average fastball for every year in my career. I think 2007, my first year starting, was pretty close to this year actually. I think the highest I ever averaged on my fastball in a year was 92 (mph) and that was in 2013. I just never have been a fireballer.

“It’s okay not being able to throw 100 mph because everybody else does anyway. So maybe me throwing softer is kind of an outlier. I’m not trying to throw it soft. That’s just how it comes out. I’d love to throw 100 mph. But I’m comfortable with who I am in my own skin.”

It certainly worked against the Dodgers in September. Wainwright retired 22 of 23 batters at one point during a win at Busch Stadium, emphasizing the “off” in “offspeed.” His 104 pitches included 40 curveballs, 20 cutters (averaging 84.8 mph), 33 sinkers (averaging 88.9 mph) and six changeups.

It could be a template for Wednesday night – or not.

“I can’t tell you. I won’t tell you,” Wainwright joked in the interview room Tuesday. “Those guys over there listen to these things. I’m just going to throw fastballs right down the middle.”

The Dodgers’ lineup Wainwright faced in St. Louis was in the middle of an extended downturn. The lineup he will face Wednesday – albeit without a key piece in Max Muncy – scored 45 runs and hit 19 home runs in its last five games.

“It’s good to be playing good going into the playoffs,” third baseman Justin Turner said, offering an axiom that applies – regardless of how you got into those playoffs.