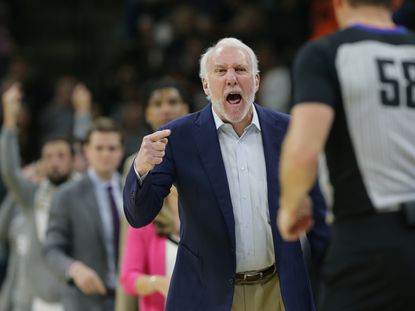 As a teenager growing up near Philadelphia in the 1940s, Tommy Lasorda said he went to a Phillies game once and asked an obscure outfielder with the visiting team, the New York Giants’ Buster Maynard, to sign his scorecard. Maynard snubbed the young Lasorda, pushing the scorecard away.

Years later, Lasorda hadn’t forgotten. Then a 21-year-old left-hander in the Brooklyn Dodgers’ farm system, Lasorda found himself in a Sally League game facing Maynard, hanging on after an intermittent big-league career. Lasorda brushed the veteran back multiple times, setting off a brawl. After the game, Maynard asked the brash young lefty what he had done to deserve that. Lasorda told him of the slight from years before.

For decades, Lasorda told that story to young Dodger players as a cautionary tale to treat fans properly and on the banquet circuit countless times where so many of his tall tales ended with Lasorda brawling with someone. Into another century, Maynard long relegated to the dustbin of baseball-reference.com, Lasorda was still pulling the story out to entertain reporters gathered around the golf cart that became his rolling spring training stage.

The seething competitiveness evident in that story was a through line in Lasorda’s 70-year career in professional baseball, spent as a player, scout, coach, manager and front-office fixture in the Dodgers’ organization. It served him well as he became a Hall of Fame manager, leading the Dodgers to eight division titles, four National League pennants and World Series titles in 1981 and 1988 – the latter fueled by the type of chip-on-the-shoulder underdog intensity Lasorda nurtured as a staple of life.

Along the way, he traveled the world as one of baseball’s most passionate ambassadors, a friend to celebrities such as Frank Sinatra and Don Rickles and a celebrity himself, his belly and status as the TV pitchman for a diet supplement serving as ready punch lines for late-night comics.

That brawling, sprawling life reached its conclusion Thursday as Thomas Charles “Tommy” Lasorda died at age 93 at his Fullerton home. Lasorda traveled to Arlington, Texas for Game 6 of the World Series on Oct. 27 when the Dodgers won their first championship since the Lasorda-led team in 1988. He was hospitalized in Orange County shortly after returning and spent some time in the intensive care unit. He was moved out of the ICU in early December but doctors continued to monitor his condition through the holidays. He was allowed to go home on Tuesday and the team announced that he was “resting comfortably” at home.

The outlines of Lasorda’s life are as familiar to Dodger fans as his bandy-legged profile.

A native of Norristown, Pa., Lasorda appeared in only 26 major-league games as a left-handed pitcher with the Brooklyn Dodgers and Kansas City Athletics during a 14-year professional career spent mostly in the minor leagues. Lasorda’s brief time as a member of the Dodgers’ pitching staff ended in June 1955 when he was sent to the minors to clear a roster spot for a hard-throwing, command-challenged bonus baby – Sandy Koufax.

Known for a gregarious, high-spirited nature, a love of Italian food and “a heart that bled Dodger blue,” Lasorda became a scout for the club in 1961 and a minor-league manager in 1965, winning five championships in seven seasons at Pocatello, Idaho; Ogden, Utah; Spokane, Washington; and Albuquerque, New Mexico.

Lasorda became manager of the Dodgers on Sept. 29, 1976, after having worked for four-plus seasons as the team’s third-base coach under his predecessor as manager, Walter Alston.

Sparked by their longtime infield of first baseman Steve Garvey, second baseman Davey Lopes, shortstop Bill Russell and third baseman Ron Cey, the Dodgers won pennants in 1977 and ’78, only to lose the World Series to the New York Yankees each of those years. Lasorda became just the second National League manager, after St. Louis’ Gabby Street in 1930-31, to capture league championships in his first two seasons.

The first of two world championships under Lasorda came during the strike-shortened 1981 campaign, when the Dodgers, led by rookie left-hander Fernando Valenzuela, defeated the Houston Astros in a division playoff, the Montreal Expos in the National League Championship Series and the Yankees in a six-game World Series.

The Dodgers captured NL West division titles in 1983 and ’85, two of six won under Lasorda’s guidance, but fell in the NLCS to the Philadelphia Phillies and St. Louis Cardinals, respectively. After defeating the favored New York Mets in seven games in the 1988 NLCS, the Dodgers rode a dramatic and decisive, pinch-hit home run by hobbled outfielder Kirk Gibson in Game 1 to a five-game, World Series victory over the heavily favored Oakland A’s.

The Dodgers’ final postseason appearance under Lasorda came in a 1995 division series against the Cincinnati Reds. He retired with a career managerial record of 1,599-1,439 for a .526 winning percentage, having managed the National League to victories in three of four All-Star Games and also serving as a coach in five more. Lasorda’s 1,599 regular-season wins ranks 22nd all-time among major-league managers. He won NL Manager of the Year awards in 1977, 1981 and 1988.

Lasorda retired as Dodgers manager on July 29, 1996, shortly after having undergone angioplasty surgery following a mild heart attack. Lasorda’s condition was considered serious enough that the Hall of Fame Veterans Committee waived the usual waiting period and selected him for induction in 1997. The Dodgers retired his uniform number, 2.

But Lasorda spent 24 more years in the Dodgers’ organization, becoming a vice president following his retirement as manager and serving as interim general manager briefly in 1998 before being named senior vice president on Sept. 11, 1998.

Lasorda returned briefly to the field to coach the U.S. Olympic team that captured the nation’s first-ever baseball gold medal in the 2000 Summer Games in Sydney and also spent much of his later life as an entertaining and powerful public speaker, making many appearances on behalf of the American Heart Association. He also received honorary doctorate degrees from Pepperdine University, St. Thomas University and the University of Phoenix.

Lasorda’s long and successful managerial career came after an all-too-brief run as a major-league pitcher during stints with Brooklyn in 1954-55 and Kansas City in 1956. He appeared in four games for the 1955 Dodgers, the first in franchise history to win a World Series, and threw a major-league record three wild pitches in one inning on May 5, 1955.

The Dodgers returned Lasorda to the minor leagues for the final time in order to open a roster spot for eventual Hall of Famer Sandy Koufax and eventually sold Lasorda to the A’s in 1956. Lasorda failed to ever win a major-league game, going 0-4 with a 6.52 career earned run average in 58-plus innings.

A minor-league career that began in 1945 and resumed three years later after a stint in the Army was much more kind to Lasorda. While in the Philadelphia Phillies organization, he gained the attention of the Dodgers by striking out a then-professional-record 25 batters in a 15-inning game while pitching for the Schenectady (N.Y.) Blue Jays against the Amsterdam (N.Y.) Rugmakers in the Class C Canadian-American League in 1948.

Lasorda helped Montreal win five International League championships and pitched for the Los Angeles Angels of the Pacific Coast League in 1957, the year before the Dodgers moved West from Brooklyn.

Lasorda joined the Dodgers as a coach in 1972 and managed the team at the tail-end of the 1976 season, after Walter Alston announced his retirement. The Dodgers promptly won pennants under Lasorda’s guidance in 1977 and 1978 but lost the World Series in six games each year.

Because of a player strike, the 1981 season was shortened and split into halves. The Dodgers won the first half, beat the Houston Astros in the division playoff, won the league championship series over Montreal, and then defeated the New York Yankees in a six-game World Series.

The Dodgers won the division in 1983 and 1985, but lost in the league championship series both years. In 1988, Lasorda took the Dodgers to another pennant and they then beat the heavily favored Oakland A’s in a five-game World Series.

While the Dodgers were usually in contention for the rest of his tenure, they never won another pennant under Lasorda.

A fiery leader known for his loyalty to the Dodger organization – he often exhorted his players to “bleed Dodger blue” – Lasorda was sometimes been derided by the press as a clown whose success resulted largely from having superior talent. But, like Casey Stengel, who once had a similar image, he’s respected by baseball people for knowing the game and for his ability to handle and inspire players.

Elected to Hall of Fame by the Veterans Committee in 1997