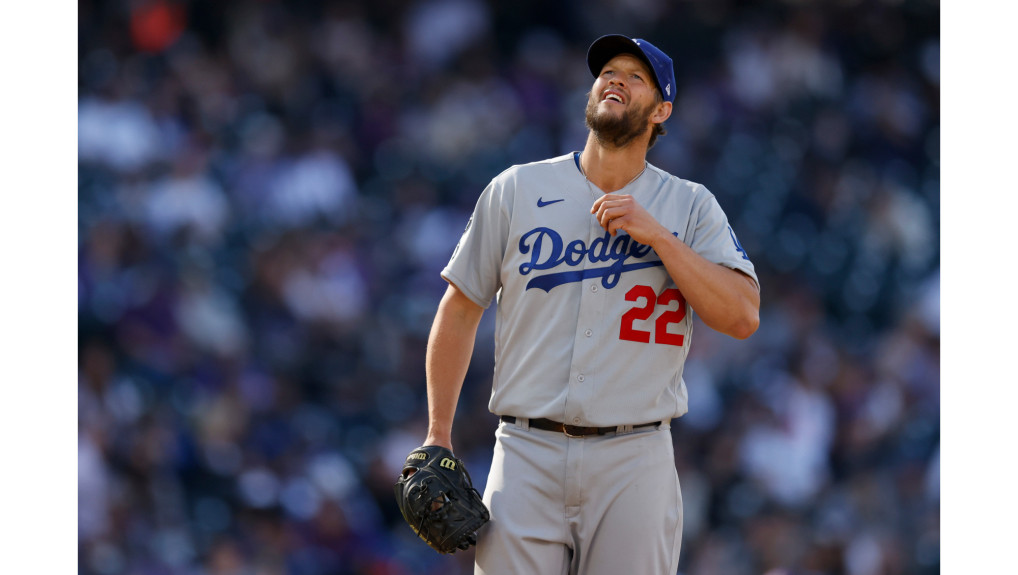 Every team will be aiming for the defending champion Dodgers this season. But they were their own worst enemy on Opening Day.

A baserunning gaffe cost them one run, an error handed the Colorado Rockies another and three wild pitches produced two more as the Dodgers lost their first game as defending World Series champions in nearly 32 years, 8-5, to the Rockies on Thursday afternoon at Coors Field in Denver.

It is only the second time in the past 11 seasons that the Dodgers have started a season 0-1.

“I think today honestly we just didn’t play a good baseball game,” Dodgers manager Dave Roberts said. “I think all the way around we didn’t play well. We gave away too many bases. I thought the at-bat quality was good but just all the other parts of the game weren’t good.

“Baseball is a long season. … You’re gonna have games like this. Still, even at the end of the day, we had the tying run at first. But our club, for the most part, doesn’t have too many games like this.”

The Dodgers had 23 baserunners in the game – 15 hits and eight walks. Twelve of those came in the first four innings but only one runner scored … on a two-run home run.

Baseball’s first oddity of the 2021 season came in the third inning with Justin Turner on first base and one out. Cody Bellinger drove a 1-and-1 changeup from Rockies starter German Marquez over the left field fence. But Rockies left fielder Raimel Tapia got his glove on the ball before it cleared the fence.

Turner had already rounded second base but he was fooled by Tapia’s effort. He turned and headed back to first base, passing Bellinger along the way. That meant Bellinger was out, turning the two-run home run into simply an RBI single and the second out of the inning.

The Dodgers were better at run prevention on that play than they were for most of the day on defense.

Coming into his franchise-record ninth start in a season-opening game, Clayton Kershaw had given up just seven runs in those previous eight Opening Day starts. He gave up six on Thursday.

The Rockies attacked Kershaw, swinging early in the count and making a lot of contact. They had 10 hits in 5-2/3 innings off Kershaw though only one for extra bases (a leadoff triple by Chris Owings in the third inning).

“Wasn’t great,” Kershaw said, offering only a two-word assessment of his performance.

“I just don’t think that his slider had the depth that it typically does,” he said. “I thought the curveball was good. I thought the fastball was fine, was good.”

The overall combination produced just two strikeouts for Kershaw and only five of his 77 pitches that the Rockies swung at and missed.

“Yeah, I mean it was good enough to get ground balls today. I just didn’t get the swing and miss with it,” Kershaw said of his slider. “But you’re going to have days like that, for sure.”

A bunt single and another single drove in two Rockies runs in the third. Two singles, a walk and an error by shortstop Corey Seager led to another two-run inning in the fifth. And Kershaw’s day ended in the sixth after three consecutive singles to start the inning and a two-out, ground ball single by Tapia drove in the second run of the inning.

Corey Knebel struck out Josh Fuentes to get the Dodgers out of that inning. But Jimmy Nelson’s Dodgers debut didn’t go as well. He walked two, gave up a double to C.J. Cron and threw two run-scoring wild pitches in the seventh inning.

The Dodgers crept closer with a run in the eighth on a double by Zach McKinstry and an RBI single by Seager. Then they put the tying runs on base in the ninth, loading them with one out against Rockies closer Daniel Bard. But Matt Beaty took a called third strike and Mookie Betts lined out, ending a day that saw the Dodgers strand 14 runners on base and go 3 for 16 with runners in scoring position.