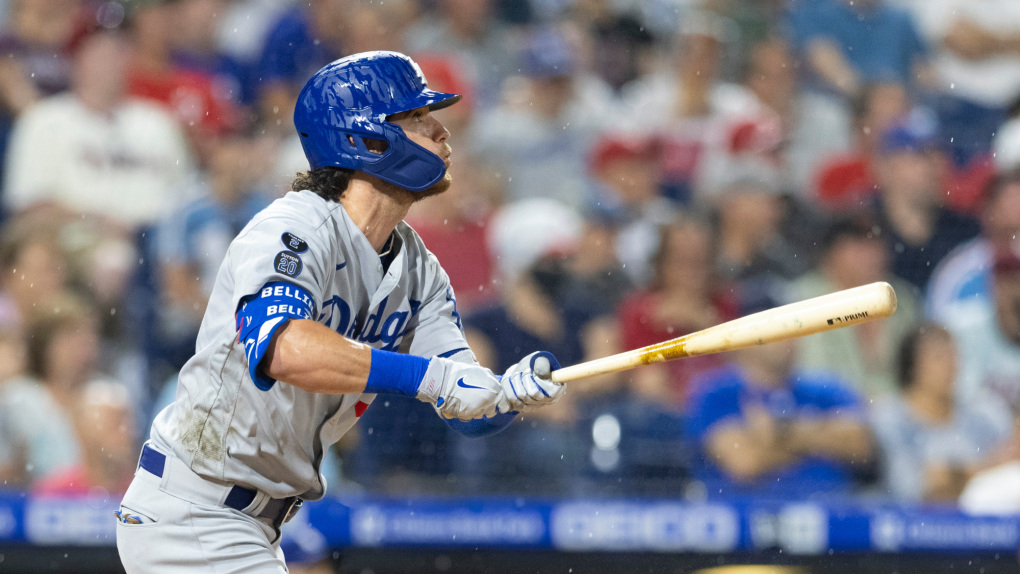 It’s the kind of at-bat that wins games. Whether it has the power to salvage a season remains to be seen.

Cody Bellinger fouled off nine pitches during a 13-pitch at-bat in the fourth inning Wednesday night, lining the final pitch into the seats in left-center field for a two-run home run – the first of two home runs for Bellinger in an 8-2 Dodgers victory over the Philadelphia Phillies.

It was Bellinger’s first multi-homer game of the season. But the home runs were not isolated incidents. There have been good at-bats with greater frequency recently. But none as life-affirming as his best at-bat of the season.

Phillies right-hander Kyle Gibson was scratched as the scheduled starter right before game time, Phillies manager Joe Girardi playing the weather like a golfer reading the break on a putt.

Rather than start Gibson and lose him to a rain delay as he did with Aaron Nola on Tuesday night, Girardi sent a pair of relievers out for the first two innings. Sure enough, the nightly rainstorm which seems mandatory on the East Coast arrived after the second inning, delaying the game for 53 minutes (shorter than Tuesday’s 1-hour, 44-minute pause).

When play resumed, Girardi sent Gibson out to pitch. The Dodgers stuck with their starter, David Price, and the game stayed scoreless into the fourth inning.

Corey Seager worked Gibson for a walk to start the fourth, then Chris Taylor flew out to center field.

That brought up Bellinger, who had struck out in his first at-bat (and would strike out two more times in the game). But he was 8 for 25 with two doubles and two home runs in his previous seven games – even if his batting average (.183) and OPS (.636) remain unsightly.

Bellinger took Gibson’s first two offerings for balls then fouled off three and took a changeup to push the count full. Six more foul balls followed. Gibson’s 13th pitch was a 93-mph sinker that stayed up over the outer half and Bellinger drilled it 383 feet to left-center for a two-run home run.

Another notable at-bat came later in the inning when Price ripped an RBI double to center field. It was the 13-year veteran’s first extra-base hit and third career RBI.

Unfortunately, Price gave two runs back while he was doing his main job in the bottom of the inning and handed a one-run lead, 3-2, over to the bullpen after four innings.

Phil Bickford and Brusdar Graterol protected it with a scoreless inning each before the Dodgers extended the lead with three runs in the seventh inning, largely on the strength of the Phillies’ weak defense – an error by first baseman-in-training Alec Bohm let one run score, and a passed ball by Andrew Knapp resulted in the other. AJ Pollock drove in another with a single, one of three in his 10th multi-hit game since the All-Star break.

Bellinger’s second home run of the game – another two-run shot, this one hugging tightly to the right field foul pole – put the game away in the ninth inning.