Coaches say spring football is about mental wellness, not wins and losses 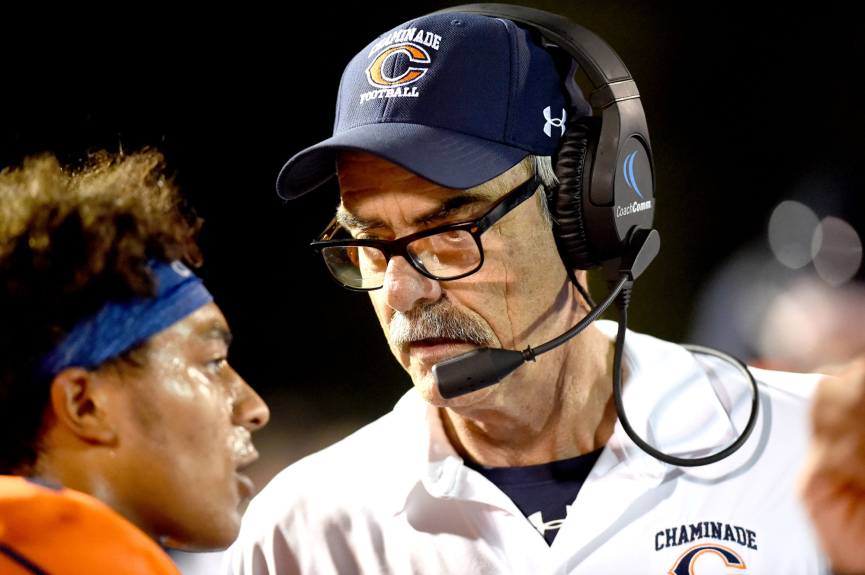 Friday night, when local lights turn bright, it will be 454 days since St. John Bosco defeated De La Salle in the CIF State Open Division title game on Dec. 14, 2019, which became the last glimpse of CIF-sanctioned football in the state for a long time.

One year, two months and 26 days later, here we are embarking on a spring football season. Some local teams will play six games, most will play five or four.

Under normal circumstances, competition means there’s something to play for. That usually means a league, division, or state title. But not this spring, it’s not about wins or losses.

“My goal is to give as much trauma relief from what these (players) have been through for almost a year,” new El Camino Real football coach Jason Sabolic said. “Not just the seniors, but the underclassmen, too.”

Due to the COVID-19 pandemic that forced the 2020 fall football season to become the 2021 spring season, nothing about these next six weeks or so is normal.

Each coach’s outlook seems to be the same, no matter the level, even at programs that are perceived to be “all about winning.”

Sierra Canyon won back-to-back CIF titles in 2018 and 2019, claiming Division 3 and 2 championships, respectively. No coach in the area knows about winning more than Jon Ellinghouse.

For him, winning doesn’t matter, that’s not what these next six weeks are about.

“First and foremost, I want the players to enjoy themselves,” Ellinghouse said. “That’s my biggest priority, their mental health. I want them to have fun. It’s also about honoring our seniors, that’s what it’s really about for me.”

Things looked bleak for the City Section teams until LAUSD superintendent Austin Beutner gave the green light for outdoor competition to begin. Now, City football teams can be excited about their season that goes until the end of April, two weeks longer than the Southern Section season.

“It’s what the kids need to regain the sense of normalcy,” Taft coach Aron Gideon said. “It’s the physical (health), too, it’s a close second. Being in Southern Section my whole coaching career (until Taft), there’s no secret there’s a huge gap. If we couldn’t play, that gap would be widened.”

Ed Croson led his Chaminade team to the CIF-SS Division 2 final last season. The team will be without senior quarterback Jaylen Henderson, a Fresno State commit who decided to opt out of the spring season. Croson plans to use two inexperienced sophomore quarterbacks, Indiana Wijay and Jake Macias, during a five-game Mission League schedule.

“Life is a river, and when you get out, the river keeps flowing,” Croson explained with an enlightening illustration.

“Developmentally, it’s critical for the families and mental wellness, the return to life is essential. So many kids lost dreams during this past year, even if they weren’t realistic.”

Chaminade scrimmaged Paraclete this past Saturday in West Hills. The school allowed for some of the players’ family members to attend the game, which is permitted by the state health guidelines.

Leave it to Croson to lend humorous insight on the atmosphere that night.

“The parents were walking on air,” he said laughing. “Everyone was so happy. I’ve never experienced a game where we played horrible and everyone was still happy. We want to win, but we’re really out there to let competitors compete.”