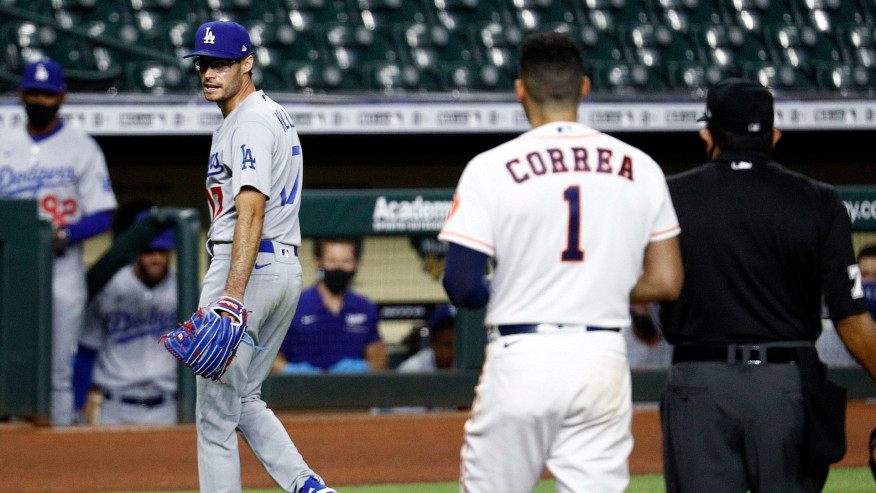 Fans will not be allowed at Dodger Stadium to jeer the Houston Astros in person Saturday and Sunday, but the plan for some is to communicate their feelings in other ways before the Astros’ first games in Los Angeles since their cheating scandal rocked the major leagues.

Weather permitting, airplanes will fly over Dodger Stadium on Sunday with banners directed at the Astros. At least two different banners, bankrolled by separate crowdfunding efforts, are scheduled to fly.

David Yontz, a Dodgers fan from Georgia, started a GoFundMe page to raise the $850 to pay for one of them. Yontz said he would donate any extra money raised to charities associated with the Dodgers. As of Saturday morning, the fundraiser had totaled $934. Yontz got help spreading the word from Brendan Donley, the man from western Michigan behind the 2020 Astros Shame Tour Twitter account. Donley tweeted the information out to his 310,000 followers and ran a poll to decide the banner’s message.

That banner will be succinct: STEAL THIS SIGN, ASTROS.