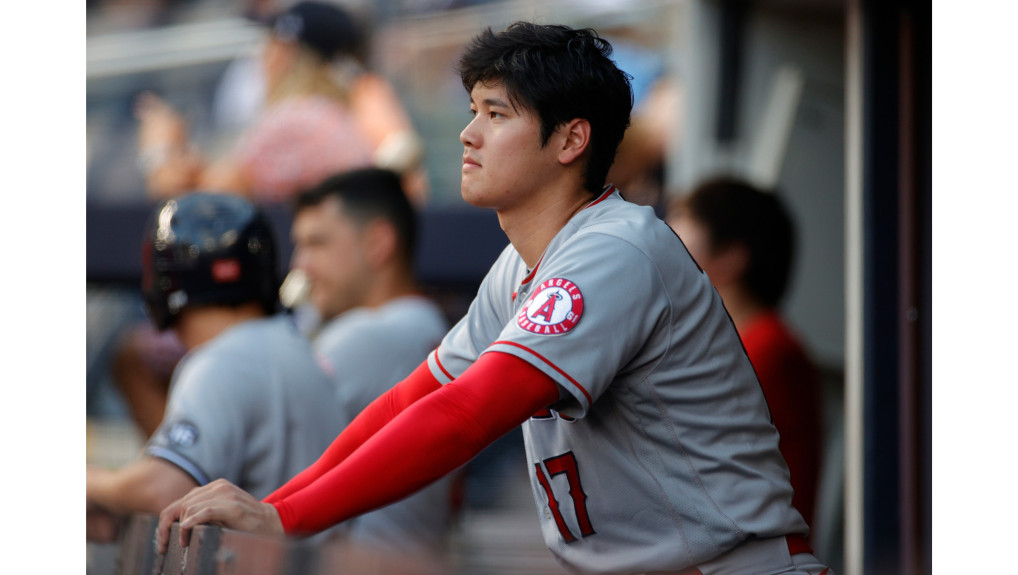 Major League Baseball is delivering what the people want to see in the All-Star Game.

And those “people” include the managers and players who will share the field with Shohei Ohtani during the All-Star Game on Tuesday night at Coors Field.

After Tampa Bay Rays manager Kevin Cash announced that he picked the Angels’ two-way star as his starting pitcher, to go along with his duties as the designated hitter, he described it as if there wasn’t really any other choice.

It was clear early in the All-Star voting process that Ohtani was going to be voted by the fans as the American League’s designated hitter.

Less certain was whether he’d pitch. But once he was among the top five starting pitchers to be voted onto the All-Star roster by his fellow players, it made it more likely that he’d also pitch in the game.

Cash, in consultation with the Angels and Major League Baseball, decided that they might as well start with the headline attraction by having Ohtani take the mound first.

“Obviously it’s a huge honor,” Ohtani said through his interpreter. “I wasn’t expecting to be chosen as a pitcher, but I was and Kevin and everyone else has very high expectations of me, so I just want to match those expectations.”

Aside from being the best for television viewers, having Ohtani start works best for him. He can now prepare to pitch as he would normally, rather than coming out of the bullpen.

“It made the most sense to do something that he’s already done, rather than ask him to hit and then come in and pitch later in the game,” Cash said. “This is something he has done for his team in Anaheim, and we felt most comfortable that that’s the right way to treat it.”

Major League Baseball also made it possible by allowing for the normal rules to be tweaked. Normally, if the pitcher is in the batting order at the start of the game, the team forfeits the use of the designated hitter for that game.

That rule is out the window for the All-Star Game, which is purely an exhibition that no longer is even connected to home-field advantage for the World Series.

“For this game, we’re going to be able to use Shohei as two players,” Cash said.

That means that Ohtani, who will bat leadoff, could remain in the game as the DH even after he’s done pitching. The AL will still have the DH spot in the lineup when Ohtani is done hitting.

The rule-bending is no surprise because the sport is doing all it can to maximize the exposure for a once-in-a-lifetime superstar. The first player ever selected to the All-Star team as both a pitcher and a hitter, Ohtani was the subject of a commercial that MLB released over the weekend.

Ohtani is the second Japanese player to start an All-Star Game, joining Hideo Nomo, who represented the Dodgers while starting for the NL in 1995. Ohtani comes into the All-Star festivities with a 3.49 ERA in 13 starts. He has 87 strikeouts in 67 innings.

At the plate, he’s the major league leader with 33 homers, to go along with a .279 average, a major league-leading .698 slugging percentage and a 1.062 OPS. The speedy Ohtani also has 12 stolen bases and four triples.

Even before he showcases his two-way talents in the game on Tuesday, he was set to participate in the Home Run Derby on Monday night.

A couple of former Derby participants said earlier Monday that is no trivial activity for any player, let alone who has to pitch the next day.

Dodgers All-Star Max Muncy said after he hit in the Derby “it took me about three weeks to recover from it. It takes a toll on you for sure.”

Before the Derby on Monday afternoon, Ohtani seemed to be well aware of what he’s signed up to do.

“I’m expecting to be pretty fatigued and exhausted after these two days,” he said, “but there’s a lot of people that want to watch it. And I want to make those guys happy, so that’s what I’m gonna do.”

Those people include the other All-Stars. As the players each sat at individual tables during their media availability on Monday afternoon, you could stroll by and listen to one after another all talking about Ohtani.

Cleveland Indians ace Shane Bieber, the reigning All-Star Game MVP and AL Cy Young Award winner, is not even playing in this year’s game because he’s injured, but he still wanted to come to the game to soak up the atmosphere. When he was asked who he most wanted to see, he didn’t hesitate.

“I feel like most guys are going to answer Shohei,” Bieber said.

The Washington Nationals’ Max Scherzer, a three-time Cy Young Award winner who will start the game on the mound for the National League, said he’s in awe of what Ohtani is doing.

He said he and his teammates “just laugh” at Ohtani’s exploits because they are so incomprehensible.

“Just the fact that you can pitch, and the demands that are on your body to be a pitcher are intense, to say the least,” Scherzer said. “I can definitely speak to that. To be able to shoulder those workloads and then also be able to hit as well, that’s just absolutely incredible. So it takes an unbelievable athlete to accomplish that.”

Added Muncy: “He’s just a freak of nature. It’s really fun to watch. I wish we got to see more of it, but I also don’t wish that because that means we have to face him.”