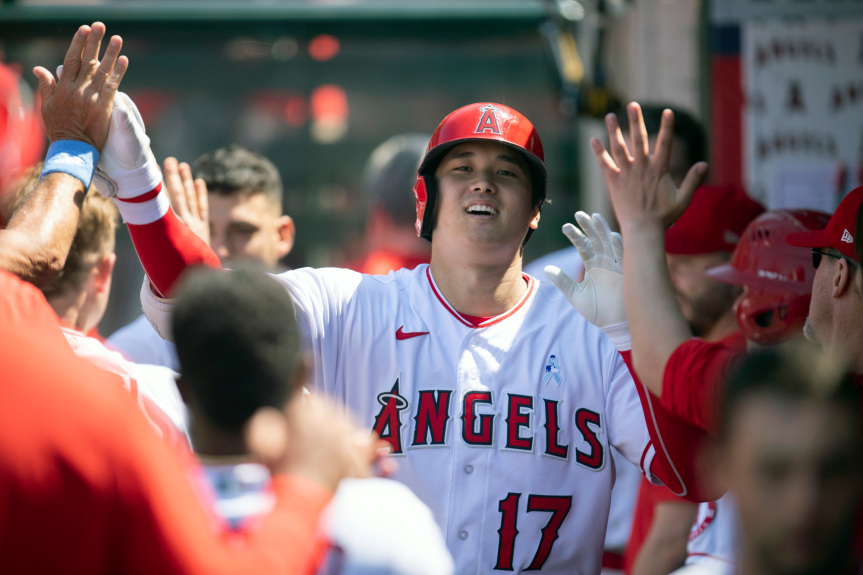 Shohei Ohtani continues speeding toward a spot in the starting lineup for next month’s All-Star Game.

Ohtani is still leading in the voting among designated hitters, with more than double the votes of Boston’s J.D. Martinez, in a second round of results released by Major League Baseball on Monday morning.

Hours after the voting results were released, Ohtani was also named American League Player of the Week for the the third time in his career, and the first since 2018. Last week, Ohtani hit six homers, tying for the major-league lead with 23. On the mound, he won a game, allowing one run in six innings.

Fan voting continues through 1 p.m. PT Thursday. Next Monday will mark the start of a four-day run-off election among the top three vote-getters to determine the starters.

Mike Trout also could be elected, although he’s not expected to be back from his calf injury in time for the July 13 game at Denver’s Coors Field. Trout is currently leading the voting among the outfielders.

Jared Walsh is fourth among first baseman, just over 70,000 votes behind No. 3 José Abreu of the Chicago White Sox. Regardless of whether Walsh cracks the top three, it would be tough for any first baseman to beat out Vladimir Guerrero Jr. for the starting spot in the run-off, so Walsh’s best chance is in the player voting for the backups.

Ohtani is also listed as a pitcher on the player ballots, which will be filled out starting Wednesday.

Regardless of whether Ohtani is elected as a pitcher or not, if he’s on the team as a DH, he still could pitch in the game, provided he and the Angels are OK with the extra work.

Ohtani is committed to participate in the Home Run Derby the day before the All-Star Game, so he will have a busy week already when most major leaguers are enjoying four days off.