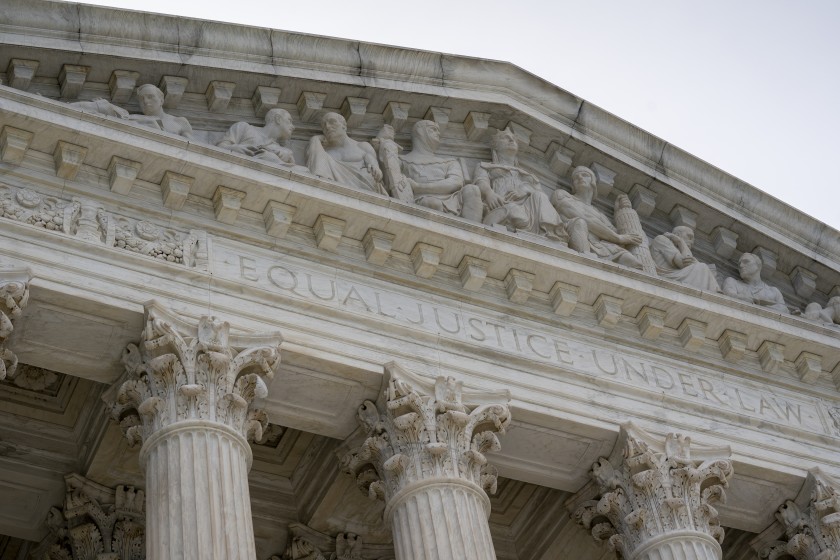 The Supreme Court on Friday put off a decision on President Trump’s plan to narrow the census count by excluding residents who are living in the country illegally.

The justices by a 6-3 vote said it was “premature” to rule the issue because it was unclear how or whether the Census Bureau would furnish data on residents who were not in “lawful status.” The decision most likely punts the issue to the Biden administration, which is expected to oppose a plan that many critics call unconstitutional.

The court’s conservative majority said in an unsigned opinion that the practical or legal impact of Trump’s preferred policy is unclear. The Census Bureau did not collect data on residents who were in the country illegally, but Trump suggested the data could nonetheless be adjusted.

“Everyone agrees by now that the Government cannot feasibly implement the memorandum by excluding the estimated 10.5 million aliens without lawful status,” the court said in Trump vs. New York. Beyond that, however, it was unclear what the Census Bureau might do to comply with Trump’s wishes, the court said.

“At the end of the day, the standing and ripeness inquiries both lead to the conclusion that judicial resolution of this dispute is premature,” the court said.

The court’s three liberals — Justices Stephen G. Breyer, Sonia Sotomayor and Elena Kagan — dissented and said the court should have ruled squarely now that Trump’s policy was illegal and unconstitutional.

The decision sets aside lower court rulings that struck down Trump’s plan on the grounds that state attorneys did not have standing to sue over a policy whose impact was entirely uncertain.

Democrats have argued a move to exclude certain immigrants from the census count would shift political power from California and other areas with large number of immigrants toward older and predominantly white states and congressional districts that are the base of the Republican Party.

The Constitution calls for a once-a-decade count of the “whole number of persons” living in each state, regardless of whether they are citizens. Throughout U.S. history, that language has been interpreted to mean that all residents are counted, regardless of whether they entered the country legally. And it has been used throughout to divide up representation in Congress as well as the shares of federal funds that are distributed nationwide.

Last year, the high court by a 5-4 vote blocked the Trump administration’s plan to add a new citizenship question to the census, a proposal that was ultimately intended for purposes of excluding undocumented immigrants.

But in late July, Trump announced a plan to achieve his goal by readjusting the census numbers. It would the “policy of the United States to exclude from the apportionment base aliens who are not in a lawful immigration status … to the maximum extent feasible,” he said in an executive proclamation.

“My administration will not support giving congressional representation to aliens who enter or remain in the country unlawfully, because doing so would create perverse incentives and undermine our system of government,” Trump said in a written statement at the time.

Attorneys for several states, including New York and California, filed suits contending that Trump’s plan was illegal and unconstitutional. They won before federal judges and U.S. appeals courts, but the justices in October agreed to hear the administration’s last-chance appeal.

Dale Ho, director of the ACLU’s Voting Rights Project, said the court did not rule for Trump. “This Supreme Court decision is only about timing, not the merits,” he said in a statement, adding: “The legal mandate is clear — every single person counts in the census, and every single person is represented in Congress. If this policy is ever actually implemented, we’ll be right back in court challenging it.”