With end drawing near in 25th Congress election, Garcia leads Smith by 405 votes 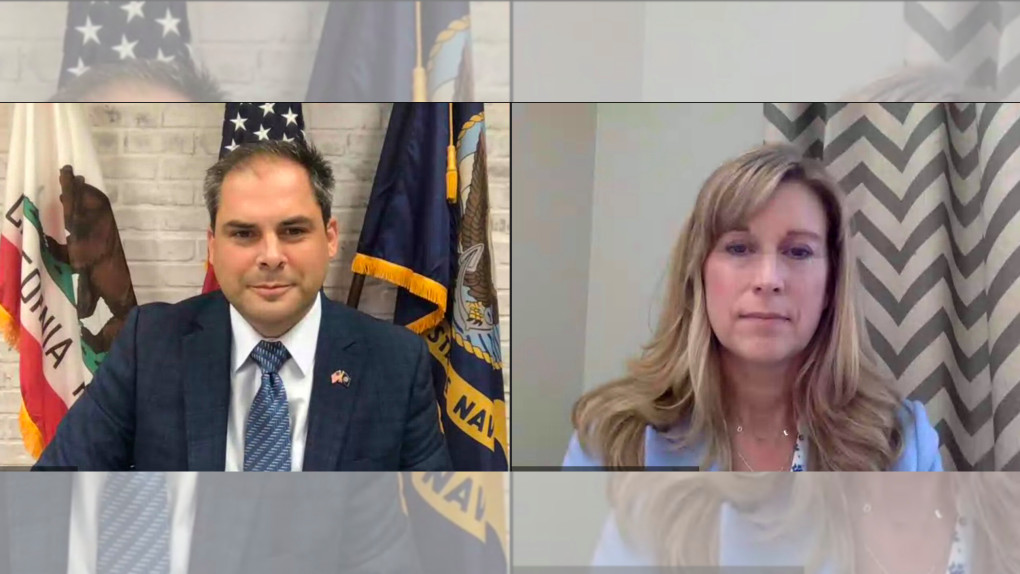 The fascinating, hotly contested race for the 25th Congressional District seat wound down to its final moments, with incumbent Republican Mike Garcia holding on to a 405-vote lead over challenger Christy Smith.

The latest update came as the L.A. County Registrar/Recorder’s office posted its latest numbers in an ongoing canvass of the election that will end on Monday, when the entire county general election result is expected to be certified.

While Democrat Smith’s lead is substantial in the L.A. County portion of District 25, Garcia appears to have won with voters on the Ventura County side.

The race, which drew national attention as the parties slugged it out for control of the House of Representatives, is coming to an aptly dramatic final act.

The tallies have gone back and forth for days as GOP and Democratic leaders awaited a final number on what is already going to be a much slimmer Democrat majority in the House.

By Friday, the razor-thin tally was 169,464 votes for Garcia to 169,059 for Smith, according to the California Secretary of State’s office.

The Registrar’s Office noted that outstanding ballots from the election were still expected to be counted.

But Monday will likely draw a close to the long, windy, turbulent race that almost fittingly is going to be something of a photo finish.

That is … pending a recount. Regardless of where the result lands, Smith hinted this month that she may call for a recount, tweeting out a link to a fund that could pay for it.

Garcia, who was boosted by President Donald Trump, managed to tap into those roots to win a May special election over Smith, who two years ago ousted a GOP incumbent in a flip of the overlapping state Assembly seat.

The two have battled over a vision of the nation that Garcia framed in terms of free-market, strong defense and anti-regulation and Smith framed as centered around community values and the need for expanded health care access and stronger leadership in the COVID era.

Both messages clearly resonated in a tally that has been too close to call — though last week Garcia decided to claim victory.

“After a long, tough fight, I am proud to earn the privilege of serving CA-25 for another two years,” Garcia, R-Santa Clarita, said in a statement. “With only a few remaining ballots to be counted, victory is clear.”

An indignant Smith, however, called Garcia’s declaration of victory “dangerous to our democratic process.”

“With a mere 400-vote margin and thousands of ballots outstanding, election officials are diligently working to process ballots and accurately count all outstanding votes to ensure our communities are heard, and this race remains too close to call,” Smith, D-Santa Clarita, said in a statement.

“The congressman’s decision is wholly inappropriate and disrespectful of those who have taken the time to vote this year. Our county officials and Secretary of State Alex Padilla have done a phenomenal job of protecting every voter’s right to be heard in the most challenging election of our lifetime. We owe them, and especially our voters, our continued patience as the process is completed.”

The seat had long been held by Republicans until Katie Hill’s 2018 victory over then-Rep. Steve Knight, R-Palmdale.

The winner of the Nov. 3 election will represent the district for the next two years.