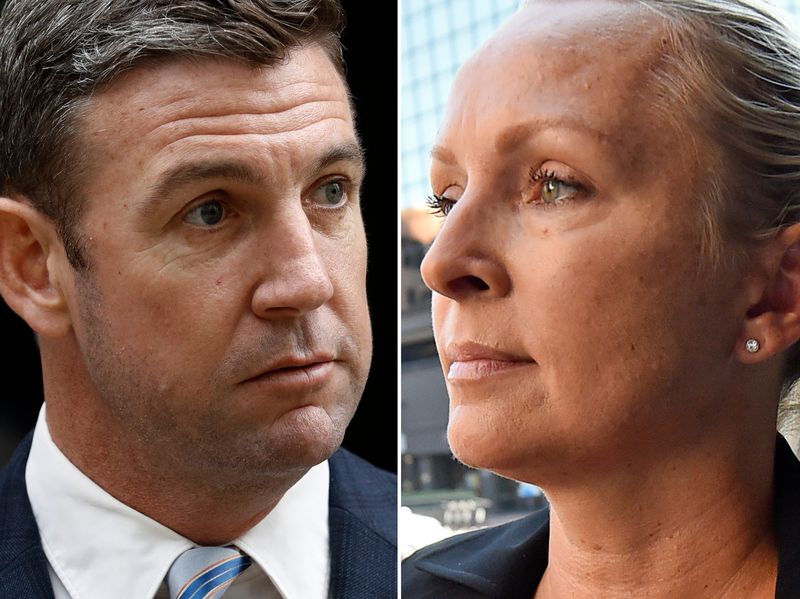 The wife of former California Republican Rep. Duncan Hunter was sentenced to eight months of house arrest Monday after pleading guilty to misusing more than $250,000 in campaign funds.

Margaret Hunter and her husband reallocated money from his campaign account into their personal account to spend on fast food, movie tickets, sneakers, video games, Lego sets, luxury hotels, overseas vacations and plane tickets for themselves, their family members, and their pet rabbits, Eggburt and Cadbury, according to the Department of Justice.

“Margaret Hunter promptly accepted responsibility for her role in this campaign finance fraud,” Assistant U.S. Attorney David Leshner, chief of the Criminal Division at the U.S. Attorney’s Office, said in a statement.

“Her sentence reflects her lesser culpability relative to her husband, the important part she played in securing her husband’s guilty plea and her role in reinforcing the bedrock principle underlying our democracy that the politicians who write our laws do not stand above them.”

Prosecutors said Hunter cooperated with investigators after the congressman first denied the misuse, then tried to blame her.

“The personal cost of this decision resulted in severe psychological and emotional consequences, including a fractured marriage, intense public scrutiny, and the arduous of task of rebuilding her life as a single mother in a hostile family environment,” the DOJ said.

Duncan Hunter was sentenced to 11 months in prison in March, three months after pleading guilty, but has yet to report due to the coronavirus pandemic.

Margaret Hunter will not be allowed out of the house except for employment, education, religious services, mental health and substance abuse counseling and court proceedings.

“Today’s sentencing marks the end of a four-year FBI investigation which resulted in felony convictions of former Congressman Duncan Hunter and his wife, Margaret Hunter, for lying and stealing from Hunters’ constituents and undermining the public’s trust,” Omer Meisel, acting special agent at the FBI San Diego Field Office, said in a statement.