Who is replacing Rush Limbaugh on the radio? Maybe one of these hosts 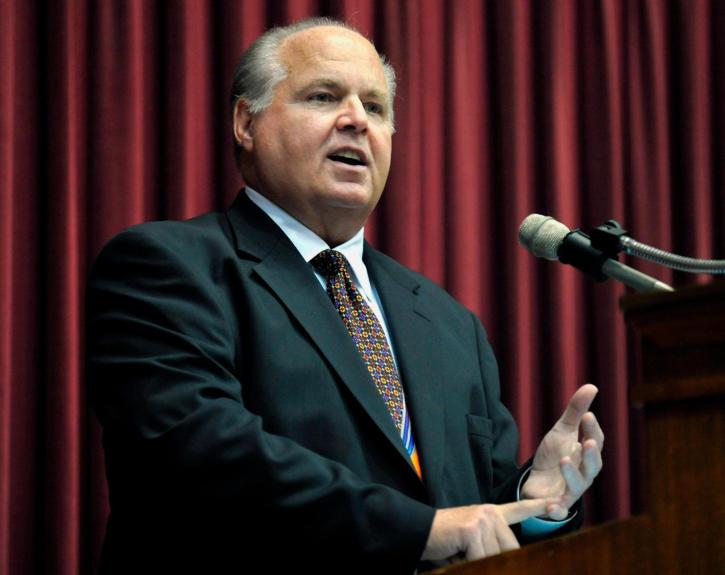 Who’s replacing Rush Limbaugh following his death from cancer earlier this year? It all depends on who you ask.

Keeping in mind that no one can really “replace” the popular host, there are two major attempts developing right now to grab the large, fiercely loyal audience that Limbaugh cultivated over his decades on the air. The field is effectively wide-open. But without Limbaugh himself at the microphone, his former timeslot on stations throughout the country is not guaranteed to garner the ratings he once commanded.

Already on the air is Dan Bongino, heard locally from 9 a.m. to 12 noon on KABC (790 AM) and distributed by KABC’s owner, Cumulus. Bongino has a bit of street cred, having been a contributor to Fox News and host of his own podcast — formerly carried by KABC as well — for years. In many ways, his way of thinking is very Limbaigh-ish, and he is among a few who I thought might be a contender.

But he’s not perfect. One thing that set Limbaugh apart from the crowd is that he wasn’t really a talk host. Instead, he was a top-40 DJ who didn’t play records. Limbaugh’s appeal, especially in his younger years when he began to attract an audience back to the AM band, was his humor and fun. Yes, he spoke of politics and got his point across. But he delivered his message in such a way that even those who disagreed could listen; often he put liberal callers at the front of the line when it came to discussions.

Bongino has many of the same attributes when it comes to the basic thought process, but he’s doing a talk show. How he evolves will make or break his ultimate success, as the more entertaining he can make the show the greater the chance that his audience will consist of more than just aging conservatives. If he can make his show more than just politics and preaching to the choir, he might make a huge impact.

Coming to many of Limbaugh’s former stations — and distributed by Limbaugh’s former distributor Premiere — is a new team, Clay Travis and Buck Sexton. The Wall Street Journal says that the program is expected to “serve up similar right-wing fare, tackling news stories of the day, politics and current events, peppered with call-ins from listeners and humor.” The show will launch on July 21st nationwide and locally on KEIB (1150 AM), which is expected to maintain the 9 a.m. to 12 noon timeslot.

Travis is the host of Fox Sports Radio’s “Outkick the Coverage,” and Sexton is host of “The Buck Sexton Show” currently heard on tape delay on KEIB from 6-9 p.m.

Travis and Sexton have the same issue as Bongino … they must capture an audience that wants to hear their version of the issues — or at least learn of that side — with a strong sense of humor. This is not as easy as it seems.

Limbaugh made it seem easy, and much of that had to do with his early radio training as already mentioned. He was trained as an entertainer. He knew how to grab attention, and how to keep it. Few others on either side of the political aisle could duplicate his success; indeed an entire network of liberal talk didn’t get it right when Air America died a deserved death with hosts who essentially just sounded angry.

On the conservative side, numerous hosts have found an audience, but are often just preaching to the choir with ultimately little impact in ratings.

Can either show do it? Time will tell. They at least have a playbook to work from. Will the headstart of Bongino give him a boost over the stable set of stations that Travis and Sexton are inheriting? If I were Bongino, I would make sure that these early shows are as good as they can be, and hope that the stations running the show actually promote it. The race itself should get interesting.

While traditional media groups that control the majority of the radio stations in the United States are busy shunning the very idea of radio, others apparently don’t see radio as the dead-end media that Entercom/Audacy, iHeart and Cumulus do.

Case in point: this summer, SiriusXM will launch a new TikTok Radio channel, dedicated to new artists and new music using DJs who are popular TikTok influencers. It seems that everyone likes radio — except the largest radio station group owners. Weird.

TikTok radio as is currently described appears to be doing what I have tried to get broadcast radio to do – bring young listeners back into the fold by finding out what they want to hear. Find out what drives them. What they want in entertainment.