Older undocumented immigrants to get Medi-Cal health care in California 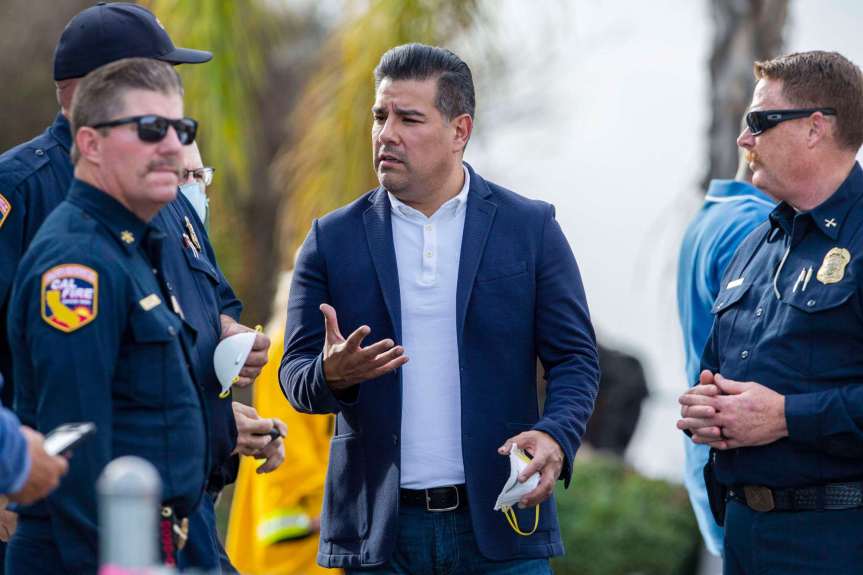 California plans to extend Medi-Cal health coverage to some 235,000 low-income undocumented immigrants over the age of 50 – offering the most expansive health coverage in the nation to people without legal residency.

The state already offers Medi-Cal health care to immigrant children and young adults under the age of 26. This latest expansion, once it receives final approval, will mean that most undocumented immigrants, except those who are 26 to 50, will be eligible.

On Friday, Gov. Gavin Newsom and state legislators announced an agreement to expand Medi-Cal for older undocumented immigrants as part of the state’s $262.6 billion budget. On Monday, California’s lawmakers approved the budget. The Medi-Cal expansion is expected to be voted on Thursday as part of a health care omnibus bill, said Sarah Dar, spokeswoman with the California Immigrant Policy Center.

Once approved and signed by Newsom, the program is expected to begin in May of next year. The cost is estimated at $1.3 billion annually. Advocates said the cost could be made up, at least in part, by the savings of offering people medical care before they have to rush to a hospital emergency room.

“We were already responsible for covering them on an emergency and restricted basis. Now we’re expanding it…and they get all services without restrictions,” said California Sen. Maria Elena Durazo, D-Los Angeles, referring to low income undocumented residents.

Most of the people who will soon be eligible, Durazo said, have already registered at some point for emergency services, which are paid for by the state.

“That’s not a smart use of our funds,” Durazo said during the Zoom press conference. “It’s much better to use our funds for preventative primary health care.”

“This has been a priority for our organization for many years. We’re celebrating and thankful that our legislators and governor took action,” said Luz Gallegos, executive director of the Perris-based immigrant rights group TODEC Legal Center.

“It’s personal for us. Health is a human right,” said Gallegos, who lost two uncles in recent years, one who died from a stroke and another from cancer. Her uncles did not seek preventative care because they didn’t have health insurance.

Opponents criticize such proposals as serving people who have broken the law by entering or remaining in the U.S. illegally.  That money, they argue, should be spent on American citizens struggling to pay their medical bills.

“We have so many problems right now. We have the homeless, people behind in their rent, people who are unemployed, and now we”re going to give medical benefits to aliens, to immigrants, who should not be in this country. Why, why do we have the obligation to do that when we should be taking care of our own first?” said Tustin resident Betty Robinson, a long-time anti-illegal immigration activist.

“It’s another incentive for people to come here. This is going to affect future generations,” Robinson said.

Redlands resident John Berry, California coordinator for the Tea Party Patriots, said he was out of town and not aware of the latest health care plan for undocumented immigrants. But he wasn’t surprised.

“This is one of the many reasons why the governor is being recalled. This state is in such financial doo-doo. Yet, he’s extending benefits we can’t afford to people who shouldn’t be here. What part of illegal do you not understand. It’s typical Newsom,” Berry said. “This is why people are leaving California.”

Extending health care coverage to all residents, regardless of immigration status, has been in the works since at least 2014, when former Assemblyman Ricardo Lara first proposed it. That bill failed, but it paved the way for a 2016 law that extended coverage to children. And last year the state expanded care to young adults up to 26 years old. California is home to approximately 2.3 million people who do not have legal immigration status.

On Tuesday, Lara, now the state’s Health Insurance Commissioner, participated in a Zoom news conference along with several advocates and legislators, including the two lawmakers who introduced the bill – Durazo and Assemblyman Joaquin Arambula, D-Fresno. During the call, Lara and others explained why they support health care for undocumented people, many of whom work and pay taxes without receiving full safety net benefits.

“California immigrants have given so much to our state and now they have the dignity of accessing health care,” Lara said. “Especially during the pandemic, we know that our essential workers care for America, fed America and delivered for America and they paid the ultimate price for that. “

Durazo said: “This is not just another step. This is a huge step forward.”

Durazo said that when discussions began the idea was to offer coverage to low-income undocumented residents 65 and older, something that was previously attempted but failed. But negotiations expanded the group to include people age 60 and older and, later, to people starting at age 50.

“Sooner or later, we’re going to close that gap,” Durazo said, referring to advocates’ goal of offering the state’s version of the federal Medicaid program to all income-eligible residents, regardless of their immigration status.

Meanwhile, the planned expansion will help people like the parents of Jonatan Gutierrez, a Santa Ana resident who works at the LGBTQ Center in Orange County.  This past year, during the pandemic, his father was unemployed and the family worried about how to pay for his mother’s diabetes care. “It really reminded me how important and how crucial it is for everyone who is living here in California to be able to access health insurance,” Gutierrez said.

While California was the first in the nation to extend health care coverage to undocumented young adults, Illinois became the first, earlier this year, to offer it to seniors without legal immigration status. A coalition there also pushed lawmakers to include all ages but Illinois legislators opted for a narrower program, offering it to those who are 65 and older.