Newsom, lawmakers forge deal – with $6.6 billion in financial incentives – to get schools open 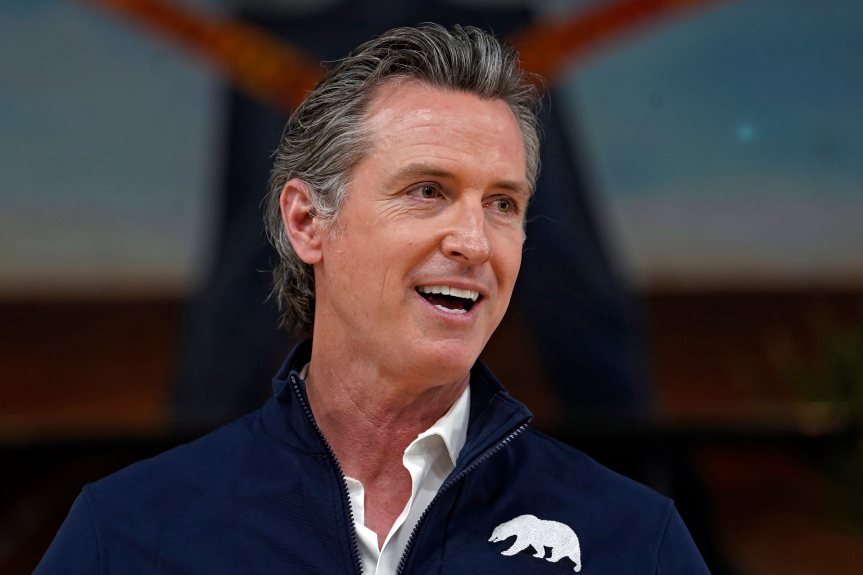 Gov. Gavin Newsom and legislative leaders announced an agreement Monday morning, March 1, on the state’s school reopening efforts that will provide $6.6 billion in funding incentives for schools that reopen.

Newsom said the state set a deadline of the end of the month for all schools serving pre-Kindergarten to 2nd Grade to reopen. For those counties in the Red Tier, the state expects elementary schools to fully reopen. And there are incentives built in to the recent agreement to reopen at least one grade in middle and high school.

“So many of our kids and caregivers are celebrating this day because we all are united on coming back to schools,” Newsom said.

As part of the agreement, Newsom said no one was compelling teachers to return to classrooms, but it was the belief of lawmakers — backed by medical experts — that schools could reopen safely before vaccines were completely administered to teachers. Newsom said he expected all schools to reopen by the fall.

“We incentivize opening our schools by providing real resources to do it,” Newsom said.

Newsom and lawmakers have been negotiating for two months over bringing kids back to school, amid mounting pressure to reopen campuses closed nearly a year by the coronavirus pandemic. Newsom was joined by Senate leader Toni Atkins, Assembly Speaker Anthony Rendon and other legislative leaders at an 11 a.m. news conference to provide updates on the efforts, and vaccine distribution.

“We cannot turn back the clock and make up for the time our children have lost but we can make up for it in a different way and that’s part of what this funding is about,” Atkins said.

Including in the $6.6 billion was $2 billion in grants for in-person instruction such as personal protective equipment and ventilation systems as well as $4.6 billion for reimagining the school year. Districts will have flexibility to consider extending the school year and implementing other programs to make up for learning loss among students.

“Today’s press event is about more than turning keys and reopening classrooms and it’s more than returning students to schools that are safe,” Rendon said. “It’s about providing the incentives schools need to be sure that education can be all things to children throughout California.”

Public schools have lagged private schools in reopening thus far — and California districts have returned students to classrooms slower than those in most other states. But with case rates declining and educators beginning to receive vaccines, more counties were beginning to reopen schools.

In L.A. County, educators were among roughly 1.8 million people newly eligible to receive the vaccine beginning Monday as adjusted case rates were now at 12.3 per 100,000 people. Once that rate falls below 7 per 100,000 people, the county moves into the Red Tier and will be permitted to open more grade levels.

On Tuesday, Newsom said he expects 17 or 18 counties to move out of the Purple Tier — but it was unclear if L.A. County or other Southern California counties would be among them.

On Monday, L.A. Unified School District Superintendent Austin Beutner said the governor agreed to set aside 25,000 additional COVID-19 vaccine doses over the next two weeks. The agreement keeps alive hopes for the district to reopen elementary schools in April.

“This is a game-changer,” Beutner said during his weekly community update.

“This plan will allow us to complete during the next two weeks vaccinations for school staff who are already working at school sites, staff who are working with our youngest learners and those working with students with learning differences and disabilities.”

Since schools nationwide and around the world began reopening last fall, evidence has grown that they can operate safely with measures such as face masks, physical distancing and ventilation to reduce virus transmission. There is also growing evidence that students are falling behind with remote online-only “distance learning.”

The U.S. Centers for Disease Control and Prevention, California Department of Public Health and local health officers have said schools following measures to reduce virus spread have not driven outbreaks.

But teachers unions — influential in California’s Democrat-controlled Capitol — have pushed back on efforts to reopen schools, arguing proposed plans have offered insufficient protection for teachers and staff and that they should be fully vaccinated first, or reopening delayed until virus levels subside further.

Newsom and lawmakers have agreed distance learning has proven a poor substitute for in-person instruction, and that schools need to reopen more quickly and need more money to do so. They agree school staff should be prioritized for vaccines but not necessarily all vaccinated before reopening.

They have differed on whether there should be a firm return-to-school metric or date or whether districts should be left as they have been to move at their own pace but with more state money and support.

The governor’s “Safe Schools for All Plan” from December enticed schools to reopen as early as last month with promises of $2 billion in funding and guidance. Although his plan eased the bar for elementary schools to reopen even at the lower end of the state’s most restrictive purple tier for infection rates, it set no firm metric or date by which they must return kids to the classroom. It stalled in the legislature.