Mayor Garcetti to fly to Washington, D.C. after recovering from COVID-19 in Scotland 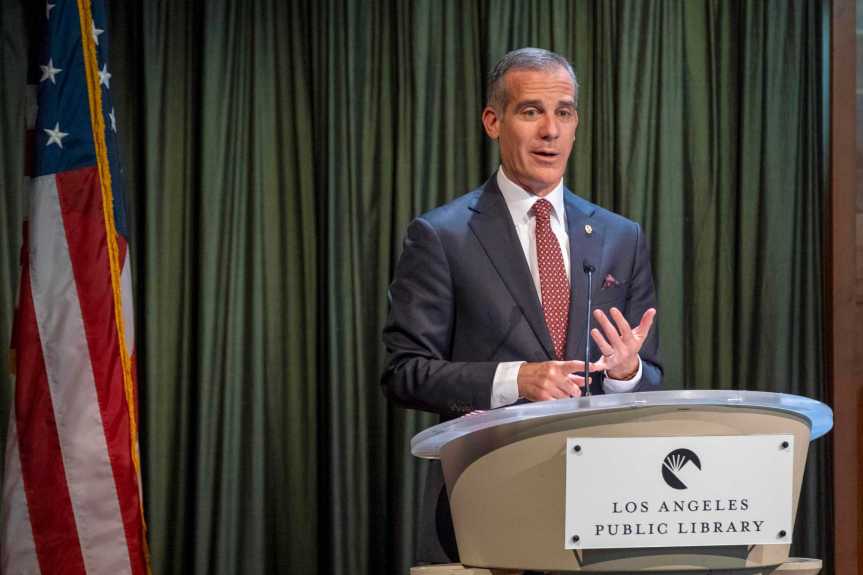 A spokesman for Garcetti was not available to say why the mayor would be in D.C. this week. But in a statement on Wednesday, White House officials said Biden would sign the $1 Trillion Infrastructure Investment and Jobs Act during a ceremony Monday, in which he’ll be joined by “a diverse group of leaders … ranging from governors and mayors of both parties to labor union and business leaders.”

Garcetti was reportedly scheduled to return to L.A. on Tuesday.

Since Nov. 3, Garcetti was quarantined in Glasgow, Scotland after testing positive for a breakthrough case of COVID-19 while attending the United Nations Climate Change Conference.

His positive test came despite getting two doses of the Moderna vaccine earlier in 2021.

He told his staff that he experienced minor coronavirus symptoms, attributing the mild case to being fully vaccinated.

Garcetti has frequently visited D.C. after Biden nominated him as U.S. ambassador to India in July. However, his confirmation has been held up in the Senate.

City Council President Nury Martinez is acting mayor while Garcetti is out of state.