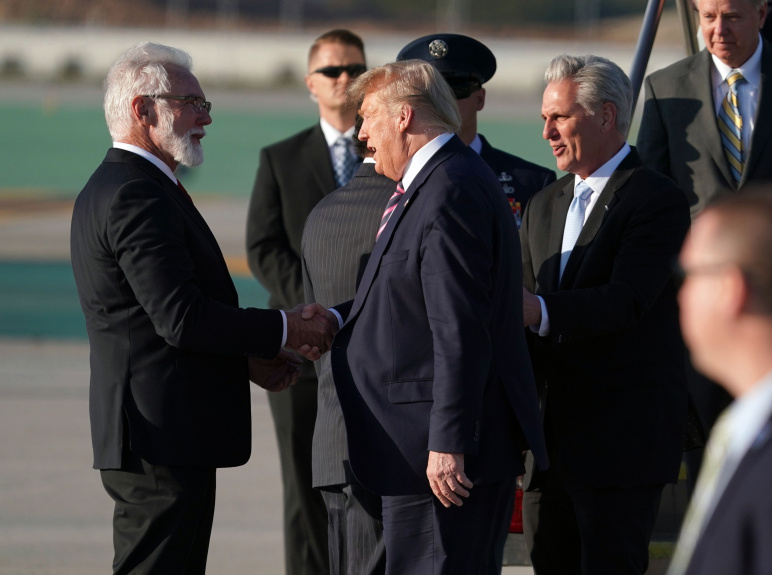 When Lancaster Mayor R. Rex Parris met President Donald Trump about a year ago at Los Angeles International Airport during his 2020 trip to Southern California, he was impressed.

Surrounded by a crowd of Southern California fans, sporting “Make America Great Again” hats and patriotic jackets, Trump was ushered into an area to meet with his supporters.

But on Wednesday, Jan. 6, as he watched a group of President Trump’s supporters in familiar MAGA hats storming the Capitol building in Washington, D.C., he felt “terribly disappointed.”

“I’m a pretty conservative guy, and I’m struggling with all of this,” he said over the phone. “I was horrified about what occurred in Washington.”

He watched in awe as senators and congress members huddled under their desks while “a bunch of crazy people” roamed the halls of the Capitol. He thought Trump should have done “everything he could to prevent that from happening — and it was clear to me that he did the opposite,” Parris said.

As someone who visited Washington, D.C., numerous times, he said, he saw the Capitol building as almost “sacrosanct.”

The impact on the nation is “incalculable at this point” as the riots have “shuttered the image of the United States throughout the world.”

“What they did to the Capitol building, thank God they didn’t do in Lancaster,” he said, “because there would be a much higher death toll.”

How the events in the nation’s capital impact the local Republican party?

The party is so weak in California, he said, “What to go after?”

The Capitol police failed to protect the Capitol building, he said, adding that “it was a failure of government all the way around.”

“There was no point in sending those people down Pennsylvania Avenue,” Parris said. “(Trump) knew that the crowd was volatile. He knew anything could happen, and he did it anyway.”