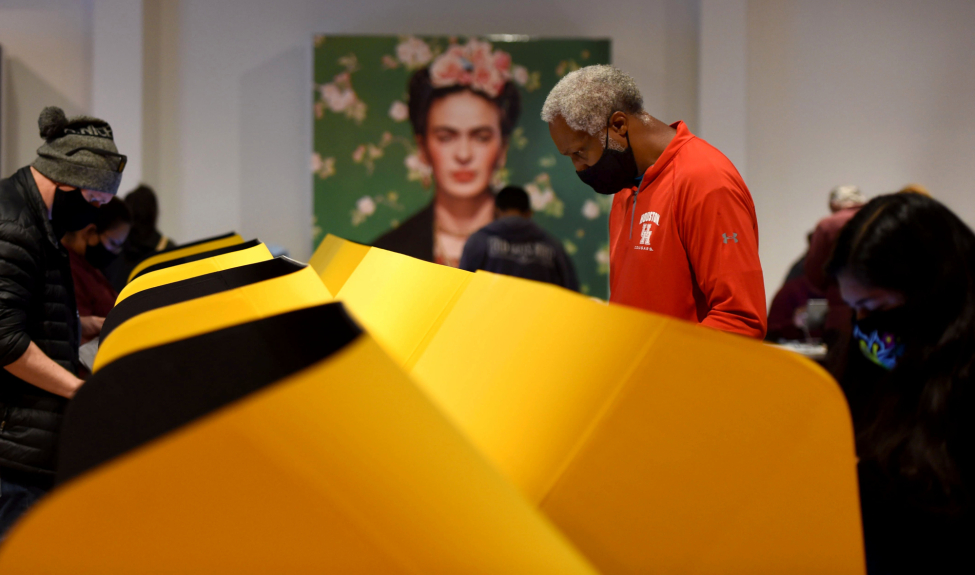 A Los Angeles County Superior Court judge has denied a lawsuit that sought to change the way the county conducts recounts of elections — but the folks behind the suit say they want to keep fighting.

A spokesman for the Los Angeles County Registrar-Recorder, which was the defendant in the lawsuit, declined to respond to the ruling.

The lawsuit centered on Long Beach’s Measure A election last March. The measure, which passed by 16 votes out of nearly 100,000 cast, indefinitely extended the 10-year, 10.25% city sales tax that voters passed in 2016.

The Long Beach Reform Coalition sought a recount at the time, but Los Angeles County’s new voting system made the process much more expensive than it had been in the past — and much more expensive than the county’s own handbook estimated. (Based on figures from the handbook, the recount would have cost anywhere from  $20,000 to $84,000, but officials later informed the group the sum would likely top $200,000.)

The rise in costs, county officials have said, was because fewer workers were available amid the height of the coronavirus pandemic — meaning the process would take much longer — but also because of the new voting system that debuted during the March 2020 elections.

With that system, ballots can now be dropped off anywhere in the county and they’re no longer sorted upon receipt. That sorting is no longer necessary to count votes for every county election at once, but it remains a must for a recount of an individual election — and that labor is part of the cost.

After initially believing the LBRC could fund the recount based on the old estimates, the organization quickly had to abandon its efforts because the costs were so prohibitive, according to its members.

So the Long Beach Reform Coalition sued Los Angeles County Registrar-Recorder/County Clerk Dean Logan, seeking a recount of Measure A “at a reasonable cost” and for the county to sort ballots upon receipt so that recount elections would not be as costly in the future.

“The Registrar wants us to pay upwards of $200,000 or more (itself just a guesstimate on his office’s part) to sort out his ballots,” LBRC spokesman Ian Patton said earlier this year. “We feel that is clearly a County responsibility, because the County implemented a new voting system with no mechanism for ballot sorting.

“Recounts must be conducted by precinct, according to state law, and so the question of who pays the titanic bill for the overwhelming physical labor required to sort out that absurd mountain of millions of mixed up ballots,” he added, “is what’s at issue in this case.”

Logan’s office has repeatedly declined to comment on the case, but court documents have shown county officials arguing the new process — and higher costs — are entirely lawful.

The law, in fact, requires Logan’s office to charge recount requestors for the full cost of the process, his attorneys have argued, so the public doesn’t have to pay for it.

“The Registrar’s actions are not arbitrary or capricious, as recount procedures and the manner by which cost estimates are determined have remained the same, and there are no legal requirements that voting models or systems consider recount costs,” his attorneys wrote in a June 7 filing. “The Registrar’s ministerial duty thus compels him to estimate and charge Petitioners for all costs, including the retrieval and organization of ballots into precincts, which costs would not have been incurred but for the recount.”

Judge Mitchell Beckloff, it seems, agreed with the county’s argument.

In his Friday, Aug. 13, ruling, Beckloff wrote that the Long Beach Reform Coalition’s assertion that voters have a right to a recount is “overstated.”

The law “provides a voter with the right to request a recount,” he wrote. “Other statutes condition the voter’s ability to obtain that recount, including the statutory requirement a requestor advance the costs of the recount” to the Registrar-Recorder’s office.

In fact, Beckloff wrote, because requestors must, by law, bear the cost of a recount so the public doesn’t have to, the county followed through with its own legal duty by charging what it did.

The legal fight, though, may not end with Beckloff’s ruling.

“I can say that I very much want and intend, if at all possible,” Patton said in a Thursday email, “to appeal this decision.”

Patton said the ruling showed “a complete lack of understanding of the County Registrar’s deceptive accounting practices when calculating the estimated recount costs, where they shoehorned the massive new ballot sorting process into cost estimate tables.”

There were several “instances in this order,” he said, “of what to me appeared to be just plain confusion on the part of the court.”

While it’s not immediately clear that the coalition will, in fact, appeal, Patton said the group will have more in-depth discussions with its attorneys on how to proceed next week.