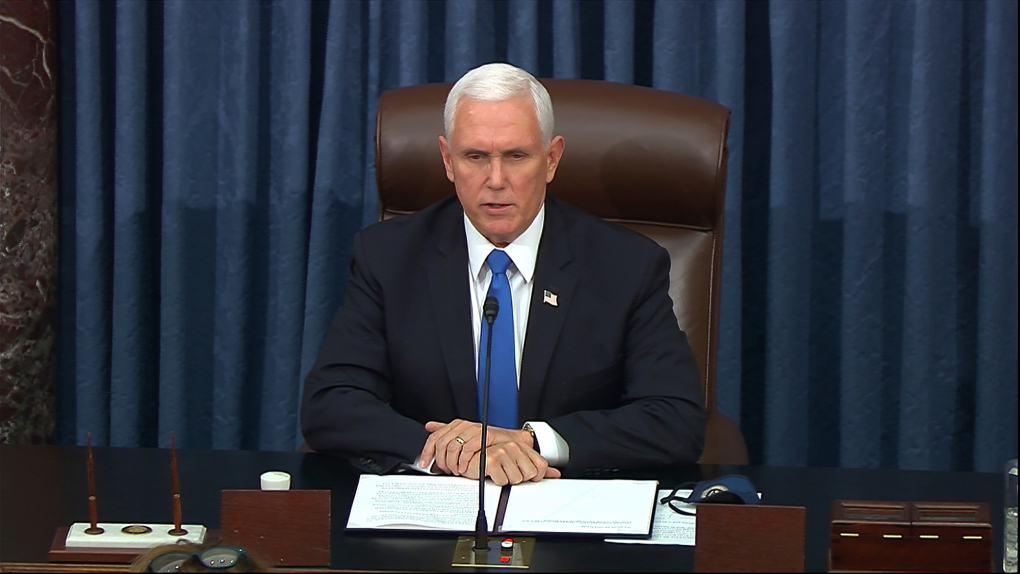 Former Vice President Mike Pence has scheduled a visit to Southern California on Thursday, where an audience at the Reagan Library will hear a man who once was a frontrunner pick for the presidency.

Oh, how times have changed: Instead, Donald J. Trump won the presidency, and four years — and eventually two impeachments — later on a Jan. 6 day an angry crowd of Trump supporters stormed the U.S. Capitol in protest of an election they say was stolen.

Despite calls from Trump and his supporters to do “the right thing” and reject the election results, Pence would perform his ceremonial duty, after the protest dust settled, later that day, overseeing Congress’s certification of the vote. In the process, he enraged many who, at best, called him a traitor and, at worst, were calling to “hang” him just hours before.

There’s hope for a more reverential reception Thursday evening in Simi Valley at the presidential library housing the gravesites of Reagan and his wife, former First Lady Nancy Reagan — where the memory of the Gipper burns bright amid a museum that exhibits an Air Force One, a Marine One and an F-117 Stealth Fighter.

Pence’s visit is part of the Library Foundation’s Time for Choosing Speaker Series, which taps high-profile conservative thinkers, including presidential hopefuls, on a range of topics, from the future of the Republican Party to what the party should stand for.

Fresh off of four years a heartbeat away from the Oval Office, Pence should know a thing or two about that future. And it’s clear he comes to Simi Valley wanting to be a major player in it — perhaps even run for the presidency in 2024.

But he’s got his work cut out for himself as he competes for visibility and donor money. The former governor of Indiana and a member of the House of Representatives reportedly did not make the top tier of presidential contenders in a Conservative Political Action Conference straw poll published in March.

It’s a far cry from 2010, when Pence — then the No. 3 Republican in the House and known for his fierce opposition to abortion — was the top choice for president in 2012 in “Values Voters Summit.“

“What a dream ticket — Mike Pence and Sarah Palin. That would give the liberals heartburn,” Tony Perkins, president of the fundamentalist Protestant group Family Research Council, said at the time.

On Thursday, Pence will straddle a very fine line as he tries to remain visible among several GOP hopefuls. You can hear and see the balancing act in his recent speeches.

On one hand, he has embraced the rhetorical flashpoints of the Trump-era Republican Party — at least on paper. In a speech earlier this month, he slammed critical race theory, charging teachers with instructing children to “be ashamed of their skin color.” The idea of systematic racism is a “left-wing myth,” he said.

On the other hand, Pence appears to be carving out some distance between himself and Trump, especially in regards to the events of Jan. 6. Despite the certification of results for President Biden being what he called a “dark day” for the country, Pence signed off on the election — an act that sparked chants that day among some to “Hang Mike Pence!”

“You know, President Trump and I have spoken many times since we left office. And I don’t know if we’ll ever see eye to eye on that day,” he said earlier this month at a Republican dinner in New Hampshire.

Still, while considering a run for president, Trump support looms large. So, despite the insurrection attempt, it is the Democrats and “or their allies in the media” who are using Jan. 6 to advance their own agendas, according to the former vice president.

In other lines of partisan rhetoric, Pence has accused Biden of campaigning as a moderate but becoming the most liberal president since Franklin D. Roosevelt.

“I just say enough is enough,” he said in a June 3 speech, adding that “we’re going to stand strong for freedom.”

By the time Pence showed up Friday, June 18 in Orlando, Florida to speak to Faith and Freedom Coalition, some audience members were booing and yelling that he was a “traitor,” according to video captured by The Hill.

A stoic Pence continued his speech, deriding Biden’s polices and praising Trump’s. The hecklers were reportedly escorted out, and Pence proudly proclaimed that he is a “Christian, a conservative and a Republican — in that order.”

The heckling scenario could repeat itself at the Reagan Library on Thursday. But if anything similar happens, officials are ready with a proportional response, said Melissa Giller, spokeswoman for The Ronald Reagan Presidential Foundation and Institute.

“We always prepare for the possibility there could be a heckler or protesters on the grounds,” she said, adding that it’s not just because Pence is speaking. “We’re prepared.”

Of course, foundation officials hope that the spirit of the event — designed to discuss and tap into Republican thinking — will win the day over boos and heckles.

Still, what exactly is Republican thinking is a question mark in an era when Trump himself slammed Pence for not having the “courage” to overturn the election, experts say.

“It’s a journey into the past,” Jack Pitney, professor of American Politics at Claremont McKenna College, said of Pence’s pending visit to the Reagan Library.

In Reagan’s day, Pence might have gained more traction, Pitney said. But these days, he’s caught between Trump supporters who disdain him and never-Trumpers who can’t abide his his unyielding support for Trump.

In the meantime, the party that Reagan helped define has been transformed, Pitney said.

Known for shoring up the political support of evangelical conservatives, Pence appears ready to try and dispel that notion, extolling “so many patriots dedicated to faith and freedom and the road to the majority,” as he said in his Florida speech.

The Simi Valley event is sold out.