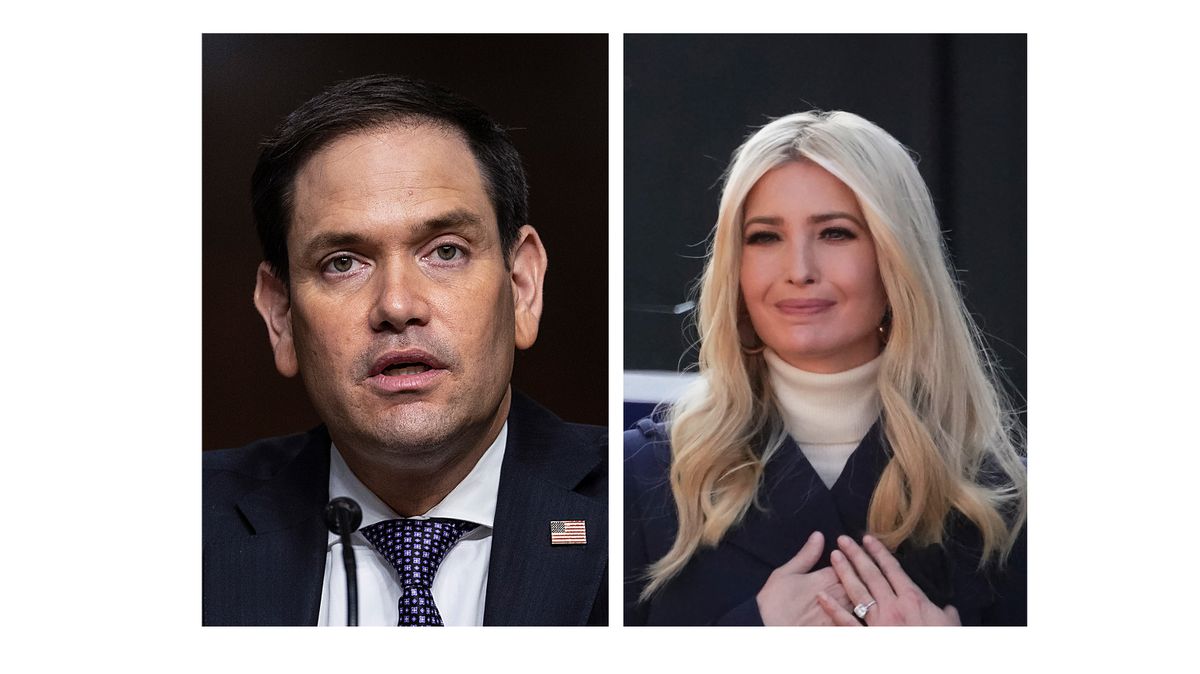 Republican Sen. Marco Rubio was coy Sunday when asked about a possible 2022 primary challenge for his Florida seat from former President Trump’s daughter and senior adviser.

“I don’t really get into the parlor games of Washington,” he said on “Fox News Sunday” about speculation Ivanka Trump is gunning for his job.

The interview came amid widespread speculation about the Trump family’s post-White House plans.

Ivanka Trump is working on a possible Senate run behind the scenes since she moved to Florida, according to Politico, citing unnamed former Trump officials.

One was quoted as saying her husband Jared Kushner, a former top adviser to President Trump, is “working singlemindedly to protect and promote his wife’s ‘political career.’ ”

The family is living at a luxury condo in Miami, according to CNN. Ivanka Trump visited Florida numerous times on the campaign trail to promote her father’s failed reelection bid, the news outlet noted.

Meanwhile, Rubio, a staunch ally of the former president, may be in the Trump family’s bad graces for having voted to certify election results that formally placed President Biden in office.

Steve Bannon, the Trump guru who got one of the ex-president’s last pardons, has reportedly been talking up Ivanka Trump’s political prospects.

“The second most fire-breathing populist in the White House was Ivanka Trump,” Bannon said on a recent podcast, Politico noted.

“I don’t own the Senate seat. It doesn’t belong to me,” Rubio said Sunday. “If I want to be back in the U.S Senate, I have to earn that every six years.”

The ex-president’s daughter-in-law Lara Trump is reportedly mulling a Senate run in North Carolina, while his son Donald Trump Jr. may also have aspirations for higher office.