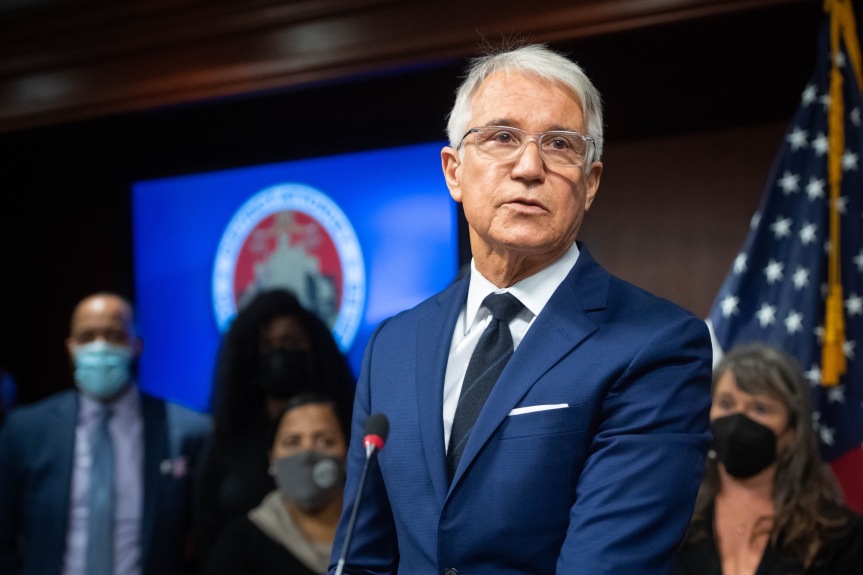 Joseph Iniguez, 36, was taken into custody at 11:35 p.m. on Dec. 11 after officers pulled over a vehicle for an undisclosed traffic violation in the 900 block East Alosta Avenue, Azusa police said Tuesday in a statement.

Police did not say whether Iniguez, who was a passenger, got out of the vehicle, but noted he was arrested for allegedly being under the influence of drugs or alcohol.

Jail records show Iniguez was released from custody at 3:49 a.m. on Dec. 12. It is Azusa police policy to release intoxicated suspects once they sober up, said Lt. Rocky Wenrick.

Azusa police also acknowledged a complaint Iniguez said he filed against the officers who detained him, adding an investigation into the matter has been initiated, though it’s not clear by who.

Alex Bastian, special adviser to Gascón, declined to specifically comment on Iniguez’s arrest because it involves a personnel matter.  “We are aware of the incident,” he said. “District Attorney Gascón has the upmost confidence in Joseph.”

Any potential criminal matters arising from the incident will be forwarded to the California Attorney General’s Office for review to avoid a potential conflict-of-interest, Bastian added.

In a Tuesday interview with the LA Times, Iniguez said he and his fiancé were driving home from a wedding and stopped at a restaurant in Azusa when they were approached by police. Officers suggested his fiancé was driving drunk and ordered him out of the car.

Iniguez said he stepped out of the vehicle to film the interaction because he was concerned for his fiancé’s well-being, the Times reported.

It is unclear if a blood-alcohol test was administered to Iniguez. He told the Times his fiancé was briefly handcuffed and detained, but not arrested.

Iniguez initially sought to unseat former District Attorney Jackie Lacey but later threw his political support behind Gascón. After Gascón took office in 2020 he named Iniguez as interim chief deputy but in July gave that post permanently to Sharon Woo, with whom he worked in the San Francisco District Attorney’s Office. Iniguez then became chief deputy.