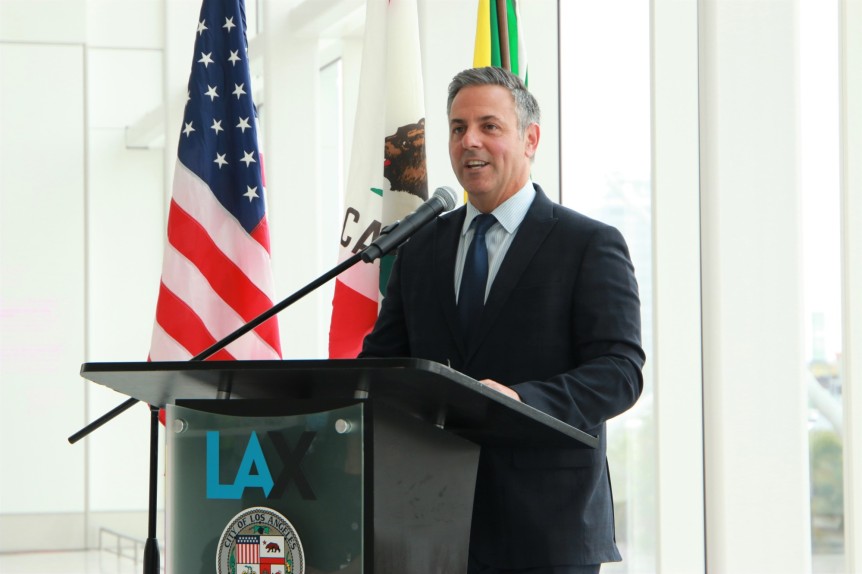 After the Los Angeles City Council rejected Councilman Joe Buscaino’s attempts to prohibit unhoused residents from camping in public spaces after already being offered temporary shelter, the councilman introduced a motion on Wednesday, Oct. 6, seeking to turn the idea into a ballot measure in June 2022.

The motion, which was seconded by Councilman John Lee, would create a ballot measure to:

— Create a citywide ordinance to prohibit camping in all public areas if shelter is available and offered;

— Require the city to prioritize immediate emergency shelter; and

— Provide the mayor with the authority to cut red tape and urgently build emergency homeless housing.

The chair of the City Council Homelessness and Poverty Committee, Councilman Mark Ridley-Thomas, called the move by Buscaino, who is also running for mayor, “pure political grandstanding.”

“The Los Angeles City Council has now twice rejected Councilmember Busciano’s proposal which would effectively displace homeless individuals without meaningful street engagement to support them on a pathway to housing,” Ridley-Thomas said in a statement to City News Service.

Ridley-Thomas said the city should focus on outreach to the city’s unhoused residents through its newly approved Street Engagement Strategy, which requires the city to engage with and offer shelter to residents of encampments being removed through Los Angeles’ new anti-camping laws.

People who don’t accept the shelter are able to move their tents to other areas of the city, but under Buscaino’s proposal, people who have been offered shelter would not be able to camp in any of the city’s public spaces.

“While the prevailing philosophy of the LA Homeless Services Authority is to wait for perfect, expensive solutions, in the form of permanent supportive housing, thousands have died and will continue to die, unless the city intervenes with a FEMA-like emergency response, interim housing and services,” Buscaino said about his proposal.

More than 60% of the Los Angeles County homeless population is located within the city, and about 28,000 Angelenos are unhoused or unsheltered.

The city has about 15,000 shelter beds and 24,600 permanent housing slots. During a City Council meeting on July 1, Councilman Mike Bonin said that the Los Angeles Homeless Services Authority told him the city only has enough beds for 39% of its homeless population.

Buscaino added that Los Angeles’ current system costs too much money and still leaves people on the streets, with about 1,383 homeless people dying in Los Angeles County last year.

Councilman Mark Ridley-Thomas, who advocates for a Right to Housing guarantee in Los Angeles, said: “An offer of overnight shelter alone, which would be acceptable under Councilmember Buscaino’s proposal, will not make a meaningful dent in addressing this crisis. What will work is a sustained commitment to scaling up our investments in street engagement, interim and permanent housing and homelessness prevention, so that we can help people exit homelessness once and for all — in other words, a Right to Housing,” Ridley-Thomas said.

Bonin, who has experienced being unhoused himself and is one of two City Council members to vote against adopting stricter anti-camping laws this summer, said in response to Buscaino’s motion that he believes the way to solve the homelessness crisis is through housing and services, not enforcement.

“Everyone in L.A. will win when we help unhoused people move off the streets permanently through housing and needed services. Everyone in L.A. will suffer if we keep promoting failed, expensive strategies that rely on enforcement and a broken shelter system,” Bonin said.

“This proposal is unnecessarily divisive, pitting housed versus unhoused, and hoping Angelenos are more interested in moving people out of sight than into housing.”