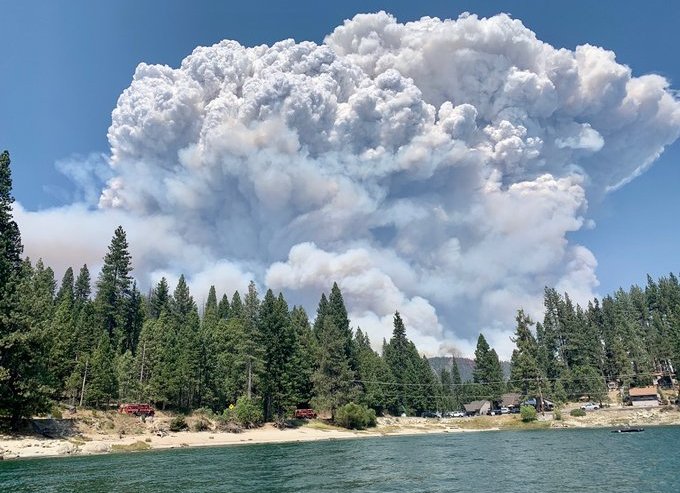 He could not provide the number of people trapped near the popular recreation site or confirm reports that they were advised to jump into the reservoir if necessary. But he said people have been advised to shelter in place while strike teams of engines and hand crews race to the area to battle the flames.

The blaze is still 0% contained. Tune said firefighting resources — “as much as we can spare” — are being redeployed to the area.