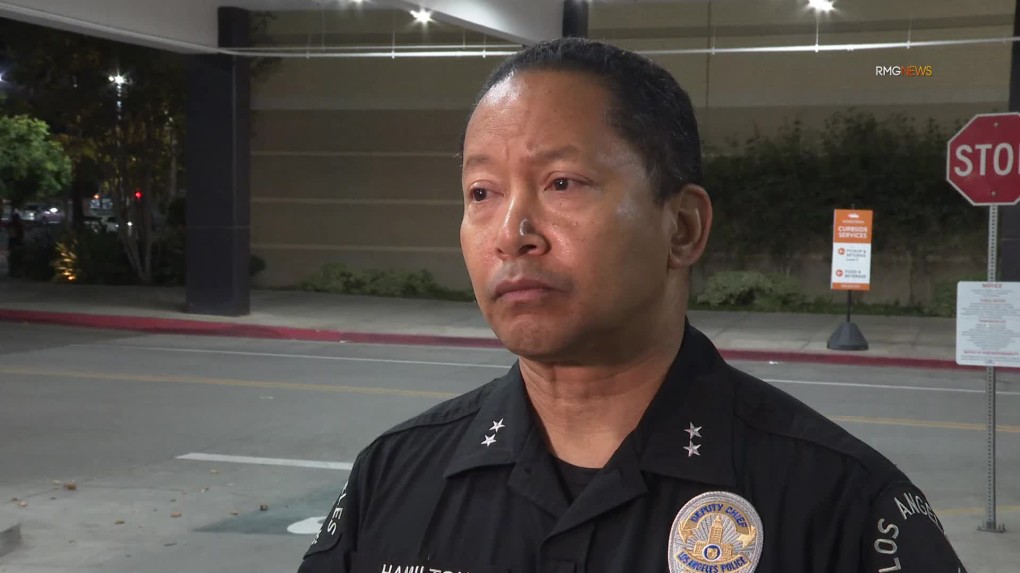 A Canoga Park mall on Wednesday evening was the scene of the latest case of flash mob robberies at popular shopping and retail centers across the county.

Around 7 p.m., three to five suspects entered a Nordstrom in the Westfield Topanga mall and stole nearly $25,000 worth of designer bags, according to the Los Angeles Police Department. The suspects entered the store, which was open at the time, and sprayed a security guard with a chemical substance before fleeing the scene in a green Ford mustang.

The security guard was treated and released at the scene by the Los Angeles Fire Department, Deputy Police Chief Alan Hamilton said in an interview with RMG News.

It was unclear at the time if the suspects were armed with more than the chemical spray, Hamilton said.

Police departments across Los Angeles County have been increasing their presence around major shopping malls and retail outlets after a flash mob robbery at the Nordstrom at the Grove earlier this week.

“We’ve deployed extra officers here,” Hamilton said. “It just so happens that this was one part of the mall where they could get in and get out even with our officers deployed here.”