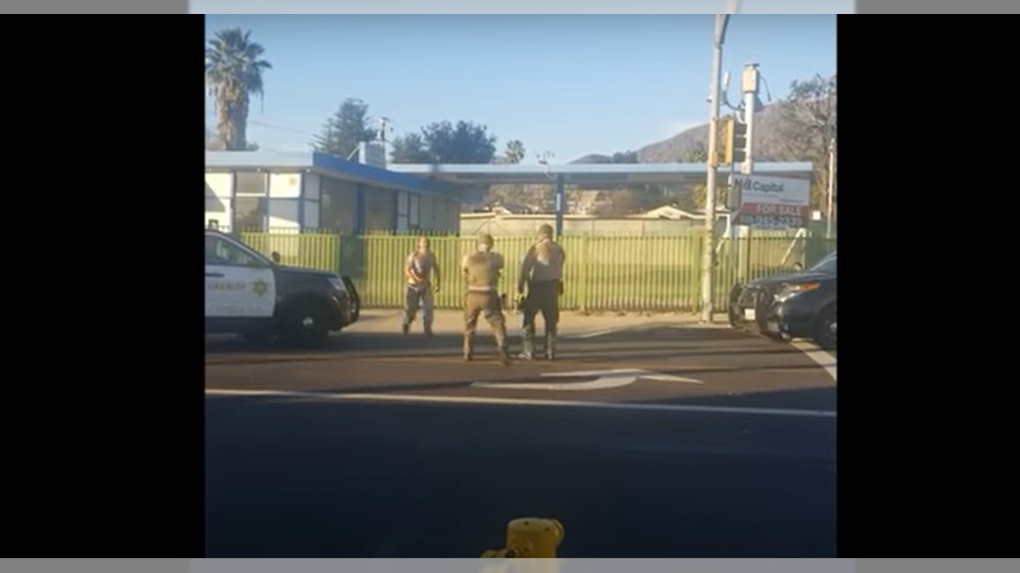 The Los Angeles County Sheriff’s Department released video footage Sunday of the fatal deputy-involved-shooting of a man with a knife that occurred after the man was suspected of beating and stabbing an elderly woman in Altadena on Jan. 10.

Video footage from multiple sources, including surveillance cameras on the street and deputy body-worn cameras, captured the shooting and the attack on a woman that preceded the deputy shooting.

The footage appears to show a shirtless 48-year-old Allen Mirzayan, a U.S. Army veteran from Pasadena, cross the street, walk up to the woman who was headed down the street, and stab and kick her while she was on the ground.

After the attack, Mirzayan is seen walking back and forth across the street kicking at passing vehicles.

A witness flagged down a passing deputy and the deputy can be heard telling the dispatcher that the suspect was kicking the passenger side of his vehicle and holding the knife to his own neck. The deputy then calls for backup, which is sent to the scene.

Two additional deputies arrive on scene and try unsuccessfully to detain Mirzayan. He is then seen approaching the deputies carrying the knife and ignores orders from to drop it. After Mirzayan approaches the deputies with the knife, some of the deputies opened fire and Mirzayan is hit by a number of rounds.

Deputies tried to perform CPR on Mirzayan before L.A. County Fire Department paramedics arrive, but he was pronounced dead at the scene.

An investigation into the deputy shooting is still ongoing and one issue it is expected to cover is the deputies apparently not using less-lethal force to take Mirzayan into custody.

The 78-year-old woman was hospitalized with a broken hip and stab wounds to her buttocks, Lt. Barry Hall of the Sheriff’s Department’s Homicide Bureau reported.