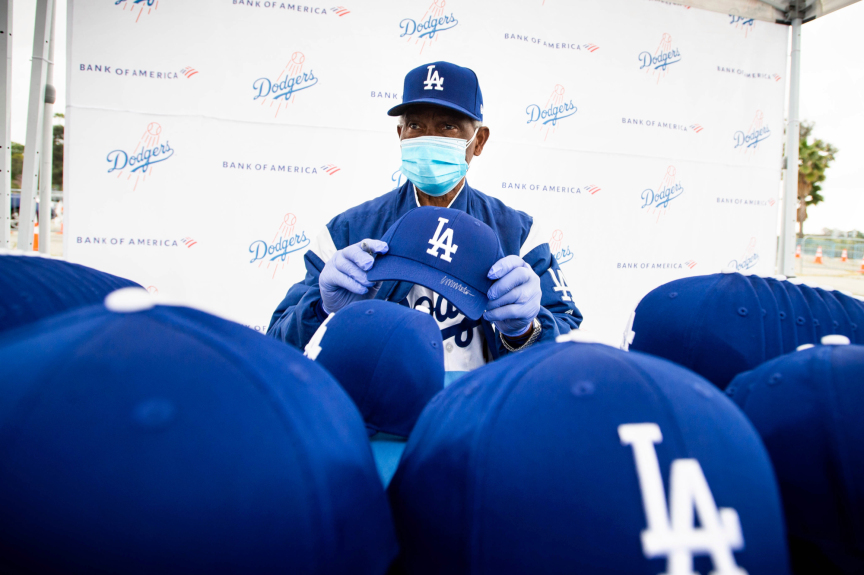 After toiling away for weeks at the sprawling Dodger Stadium coronavirus vaccine clinic, volunteers got a tastes of some Blue Crew hospitality.

As baseball’s defending World Champions were getting ready to play the Colorado Rockies, volunteers and Los Angeles Fire Department firefighters were invited to chomp on Dodger Dogs, paid for by Bank of America.

Manny Mota, a longtime Dodger and a favorite among fans, handed out Dodgers caps hats as fast as he could sign them — between the fist bumps and photo ops with selfie-seeking fans.

The stadium’s parking lot has served as a mammoth vaccine site, run by the City of Los Angeles, since Jan. 15. It is thought to be the largest in the nation.

City of Los Angeles officials have not yet said what they plan to do with the site now that baseball has resumed and bigger crowds will be allowed soon by county Health Orders.   So far, however, with limited spectators, parking lot space has not been a problem.