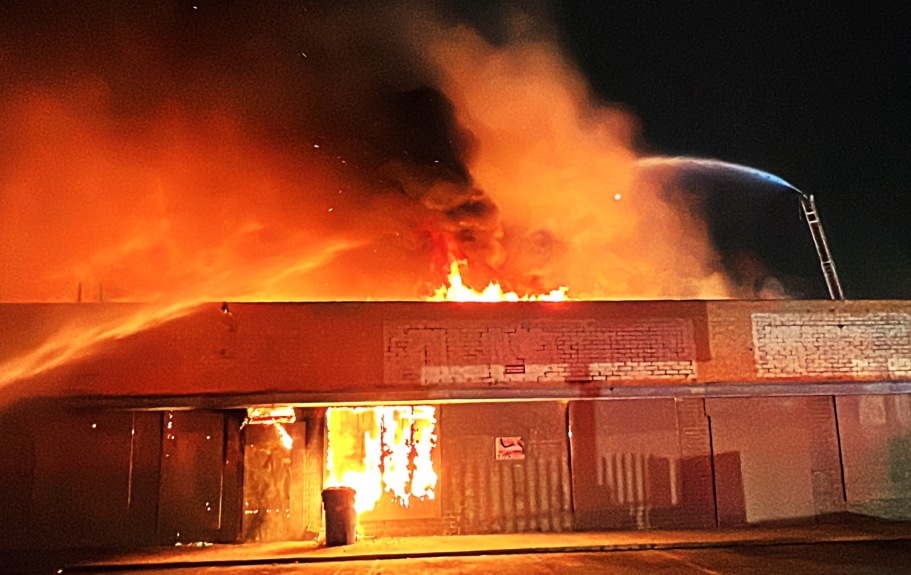 Firefighters in North Hollywood knocked down a greater-alarm blaze at a boarded-up commercial building among a row of mostly vacant structures in the southern portion of Valley Plaza.

Some 75 firefighters were dispatched at 10:38 p.m. Friday to the single-story building on the 6100 block of Laurel Canyon Boulevard, just north of Erwin Street. They had the fire out within 43 minutes, said Brian Humphrey of the Los Angeles Fire Department.

The blaze was upgraded to a greater alarm fire at 10:50 p.m.

The vacant building was next door to a Gold’s Gym.

No injuries were reported. The cause of the fire was under investigation.