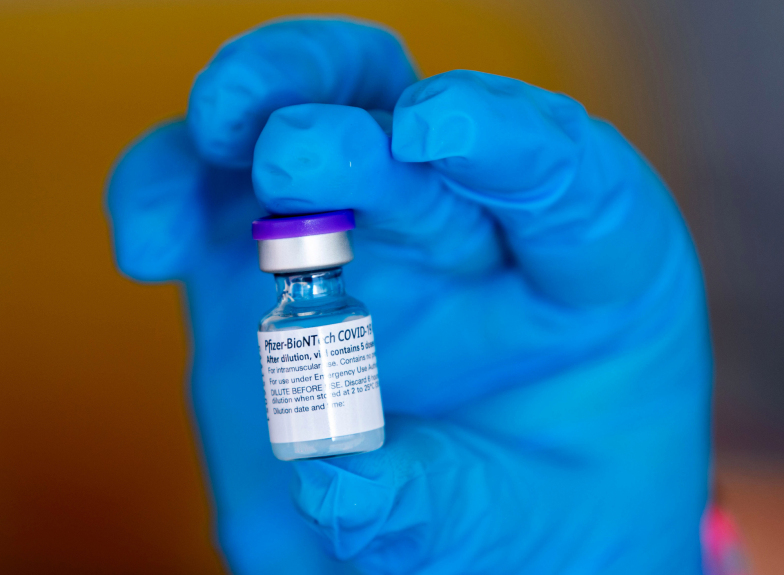 With the encouraging wane of coronavirus statistics in Los Angeles County comes a red flag on this week, an increase in the rate of transmission.

The transmission rate — a measure of just how “spreadable” the virus is at a given point in time — was at .93 as of Monday, March 23, an increase over last week’s .87 rate and .77 just weeks ago, according to the the Los Angeles County Department of Health Services.

If the rate — otherwise known as “R,” or “R-naught” — gets above 1,  spread of the virus becomes exponential.

It was a scenario that played out in December, when the rate jumped to 1.20, with an uncertainty range between 1.13 and 1.26. Within weeks, hospitals, morgues and mortuaries were pushed to the limit during the catastrophic winter surge.

It was still too early to draw definitive conclusions as to why the rate was creeping up, said Dr. Christina Ghaly, who runs the county’s Health Services Department.

Because the number reflects transmission at the beginning of March, Ghaly said the increase was not spurred by the county’s recent easing of business restrictions, including the return of indoor dining and small-capacity audiences at movie theaters.

But it could be because of increased interactions among people or the impact of mutating variants of the disease, Ghaly said.

Ghaly said it’s important to view the increase in context. It’s one thing to be hovering around 1 when there are 8,000 new cases a day, and another when the county is dealing with the more manageable 500 cases per day, Ghaly said.

“Time will tell what this really means, and we don’t have sufficient information yet to know if this will result in an uptick of infections. But we all need to remain vigilant, ” she said, encouraging continued social distancing, wearing of face coverings and limiting trips and unnecessary gatherings.

“Whether R increases a little or lot, we all need to pay attention to the fact that there is just a lot of transmission happening in other places in the country and the world right now, and we’ve got to be super careful here to avoid getting back into a situation where we’ve got those increases that really led to unfortunately worse outcomes for residents,” said Public Health Director Barbara Ferrer

If an increase in R foreshadows yet another surge, could that surge be as bad as what we experienced in the winter?

On the Sunday CBS news show “Face the Nation,” Dr. Scott Gottlieb, former FDA chief, said the U.S. is unlikely to face a fourth wave of the coronavirus, but will probably experience an extended plateau of case numbers before a further decline.

“We’re talking about some form of protective immunity in about 55% of the population, so there’s enough of a backstop here that I don’t think you’re going to see a fourth surge. I think what you could see is a platueaing for a period of time before we continue on a downward decline … But I still don’t think it’s going to be a true fourth wave.”

The U.S vaccination rate is growing faster than in Europe, where countries are seeing a “true fourth wave,” he said.

“My prediction: A fourth surge is likely in the US, but because vaccination rates, especially in people over 65 are so high—particularly those in nursing homes—it may well be smaller and much less deadly than previous surges,” he wrote on Twitter.

Locally, Ferrer stopped short of saying we’ve reached anything like herd immunity, but she said the “backstops” are indeed “at a level where there’s a lot of protection, particularly for some groups that are highly vulnerable.”

Ferrer said she’s relatively confident that skilled nursing facilities will not see a surge like what we experienced in April, May and June.

“As this population has been vaccinated, we’ve seen the average number of daily cases among residents sharply decrease,” Ferrer said last week, adding that the the current average is about three cases a day — a huge drop from the same metric in December, when it was over 200.

“I don’t think we’ll ever get back to the disaster we saw in the spring and early summer,” she said Monday.

The question that remains is will immunity hold, Ferrer said.

What is a “silver lining” — if there is such a thing from such a catastrophic surge last winter, Ferrer said — is that so many people were infected that there is a degree of natural immunity in the population.

“That, too, means that there are less susceptible people for transmission, so I would hope with both of those facts being present here in L.A. County, ” Ferred said, “we never get back to the surge that we just saw this past winter.”

Still, on Wednesday, Ferrer noted that “variants of concerns” continue to circulate, another reason to remain vigilant, along with the allure of increased gathering during the coming Spring Beach and Easter holidays.