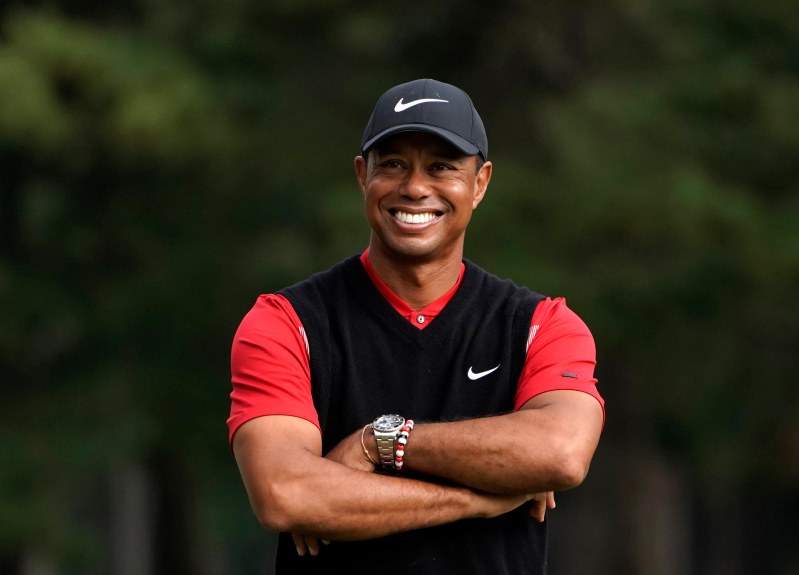 After two days at Harbor-UCLA Medical Center recovering from emergency surgery to his right leg, Tiger Woods has been transferred to Cedars-Sinai Medical Center in Los Angeles for continuing care and recovery, officials said.

“On behalf of our staff, it was an honor to provide orthopaedic trauma care to one of our generation’s greatest athletes,” Dr. Anish Mahajan, interim chief medical officer and chief executive officer of Harbor-UCLA Medical Center, said in a statement.

He was taken to Cedars-Sinai on Thursday, Feb. 25.

Woods was taken to Harbor-UCLA after he suffered a shattered ankle and compound fractures to his lower right leg during a rollover crash while traveling northbound, and downhill, on Hawthorne Boulevard in Palos Verdes Estates Tuesday morning.

He underwent emergency surgery, when his leg was stabilized with a rod, screws and pins, Mahajan has said.

Woods was driving from the Terranea Resort in Rancho Palos Verdes to Rolling Hills Country Club, but was running late, ESPN reported. Los Angeles County Sheriff Alex Villanueva has said investigators found no evidence of impairment and said speed was likely a factor.

Woods was taken to Harbor-UCLA Medical Center because it was the closest trauma center to the accident site, Daryl Osby, chief of the Los Angeles County Fire Department, said Tuesday. The hospital has one of five Level 1 trauma centers in the county, Mahajan said.