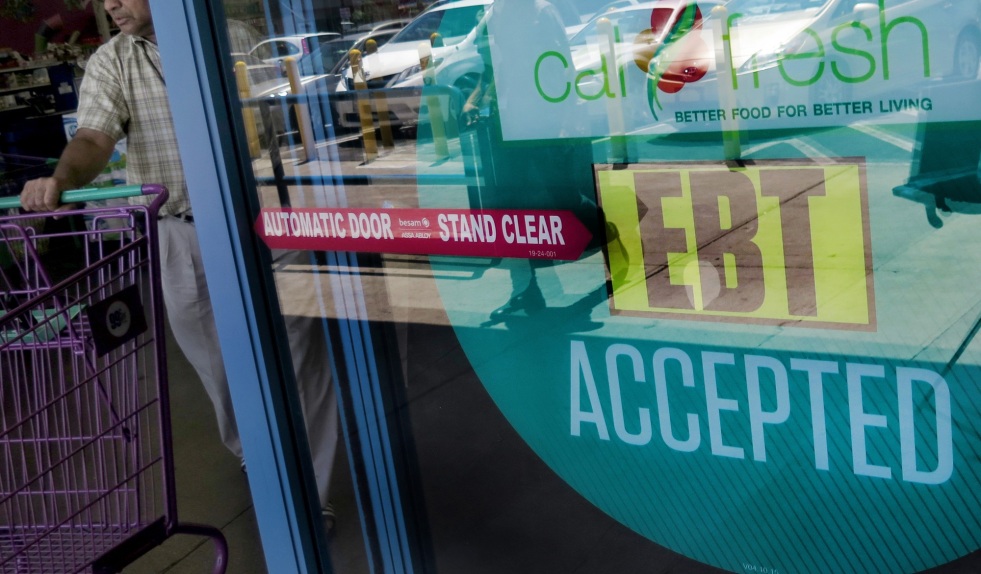 A coalition of Los Angeles-area anti-poverty and food-aid groups filed a lawsuit against the county on Monday, Nov. 22, alleging that officials have dragged their feet in processing emergency applications for government food assistance for thousands of people in urgent need of a meal.

“LA County has no comment at this time on the specifics of this lawsuit,” said a statement from county spokesman Jesse Ruiz. “The County has taken extensive steps during the pandemic to provide food to struggling families, including partnerships that have enabled us to distribute 10 million pounds of food to more than 600,000 residents at more than 100 events, as well as provided 1 million meals to people experiencing homelessness and 110,000 cans of baby formula to families with infants, among other efforts.”

CalFresh is a federal program — once known as “Food Stamps” — that provides monthly benefits to the needy to obtain basic nutrition. DPPS is the county arm responsible for distributing processing applications for the benefits.

The county Board of Supervisors and Antonia Jiminez — the director of DPPS — are also named as dependents in the 15-page filing.

“If CalFresh doesn’t function properly, thousands can be left no means to get basic food,” said Frank Tamborello, executive director of Hunger Action Los Angeles. “And unfortunately, in L.A. County, CalFresh is not working properly and we have no recourse left except to take part in a legal action to demand it be fixed. There are thousands who are going without food because the bureaucracy is not approving applications for CalFresh for emergency cases with in the legal frame.”

That time frame under state law is within one to three days for the most desperate of people:

–Residents down to no financial resources who have just a lost a job;

–Residents whose housing costs are more than their income.

Their advocates point to data showing that from October 2020 to September 2021, an average of 36% of county households eligible had to wait too long for expedited CalFresh benefits after applying. That totals about 54,000 households, according to advocates, citing the county’s own data. In September 2021, the lawsuit alleges that 29% of eligible households — about 4,900  — missed out on the benefits because the county missed the state’s statutory three-day deadline to turn around the emergency applications. Similar disparities played out under the federal deadline, which is seven days.

The stakes are high over those days days, advocates say. Children suffer hunger. They don’t go to school or can’t study.  People are forced to choose between paying for food or paying rent. For the homeless, the lack of immediate healthy food worsens cycles of chronic disease, and the result can often be early death, said Todd Cunningham, Food and Wellness Organizer with Los Angeles Community Action Network, noting that the delays are coming at a time when there’s  already a lack of enough services in homeless hubs to keep up with the demand.

“This data is shocking and unacceptable, and this county must do better,” said Lena Silver, Associate Director of Litigation & Policy Advocacy at Neighborhood Legal Services of Los Angeles, which is is representing the petitioners.

The petitioners include Peter Jeovanny Torres-Gutierrez. In June, the teenager’s father, a day laborer, suffered a stroke, leaving him unable to work. The family was left with no income but they were, according to attorneys, eligible for expedited CalFresh beneifts within three days. Forty-five days later,  the aid finally came, attorneys said.

In some cases, applicants never heard word back from the county, Tamborello said.

The issue of food insecurity is particularly acute during the pandemic. A recent report from the L.A. City Controller’s Office  found that nearly 1 million L.A. County households reported being food insecure during the outbreak. Among the most impacted residents were single parents, particularly women of color.

With more demand for their services, groups including Hunger Action L.A. have been pressed further into service.

Often, they refer their clients to the county or help them apply. But the county’s delays are prompting “a lack of confidence” among applicants that they’ll ever see the benefits.

“This hurts our credibility in the community, because were are referring people to LA County  DPSS in good faith that they will respond in a timely fashion, ” Tamaborello said.

Fueling the lawsuit, advocates say, is that surrounding area agencies are faring far better when it comes to responding to  emergency applications for benefits.

Only three other California counties — Tulare, Sonoma and Sacramento counties — rank worse over a 12-month period than L.A. County in terms of the volume of benefit applications processed, Silver said.

“L.A. County certainly stands out as an outlier,” Silver said. “No doubt that there have been points in the pandemic where other counties have struggled to keep up with the surge in demand due to COVID-19 and the ups and downs of this pandemic, but other top-population counties have fared much better in their 12-month averages.”

In San Bernardino County, for instance, the 12-month average of untimely processed applications was 11.14% compared to L.A. County’s 36%. In Orange County, the average is under 7%, and in Riverside it’s close to 6.5%, Silver said.

Silver suggested that the chronic nature of the delays suggest a systemic issue within the department. It was unclear where the glitch was though. “In my experience,…DPSS is not beginning to process applications in time,” Silver said, adding that the applications need to be looked at the “very first day they come in.” That includes mandatory interviews with the applicant.

“Whatever the reasons, it is the county’s responsibility to sort through these issues, and the bottom line is they need to do it better,” Silver said.