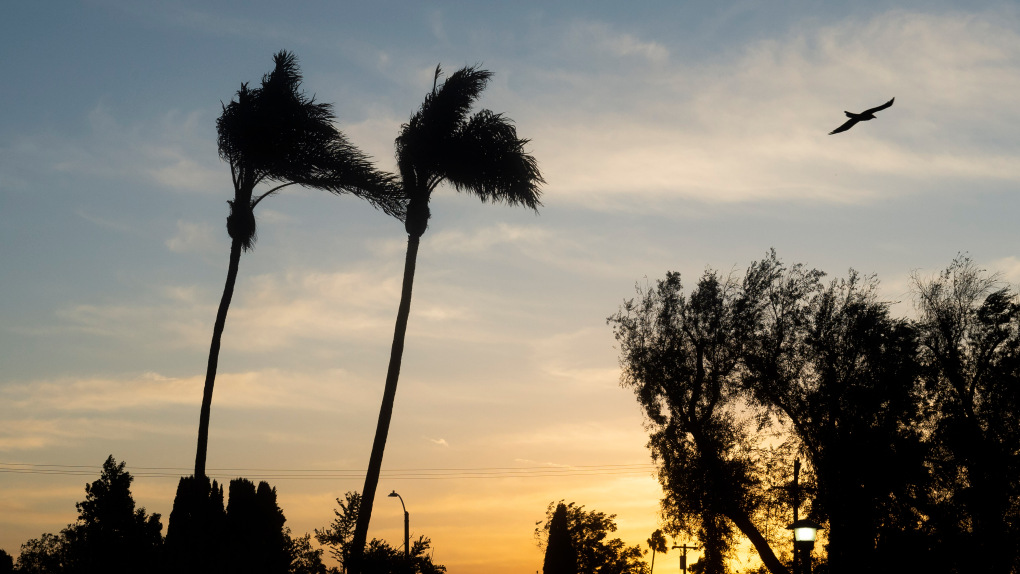 Pleasant weather is coming this weekend to Southern California, forecasters say, following 24 hours of powerful winds that arrived on Thanksgiving.

Leaving with the winds on Friday, Nov. 27, was an elevated fire risk, said James Brotherton, a meteorologist with the National Weather Service.

“It’s going to be pretty nice,” he said. “It’ll be in the 70s pretty much everywhere, 60s in the immediate beaches … and definitely sunny and clear.

“Of course, in the mountains it’ll be chilly at night, but it’s winter.”

The winds reached 50 to 60 miles per hour in several areas, sometimes even peaking at nearly 80 mph in the canyons.

On Thursday and early Friday, when winds gave the region a higher-than-normal chance for an unruly wildfire to break out, Southern California Edison shut off power to thousands of customers as a precaution.

Edison’s meteorologists consider weather forecasts and crews inspect equipment, with authorities shutting off power if there is an imminent risk of objects blowing into a power line.

As of Friday afternoon, 7,834 customers in Los Angeles, San Bernardino and Orange counties were without power. Edison officials said it would be restored when conditions were right and crews had made safety inspections.

And it was looking like conditions would be good.

“We still have very low relative humidity,” Brotherton said. “It’ll be dry all week. But if there is a potential for fire, there won’t be as much (of one) without the wind.”

The clear, sunny skies and balmy temperatures will stay in the region into next week, forecasters say. The gusty Santa Ana winds may return Wednesday, but with less force than those that blew through this week.