Suspect sought in theft of Long Beach liquor store, resulting in death of employee who intervened 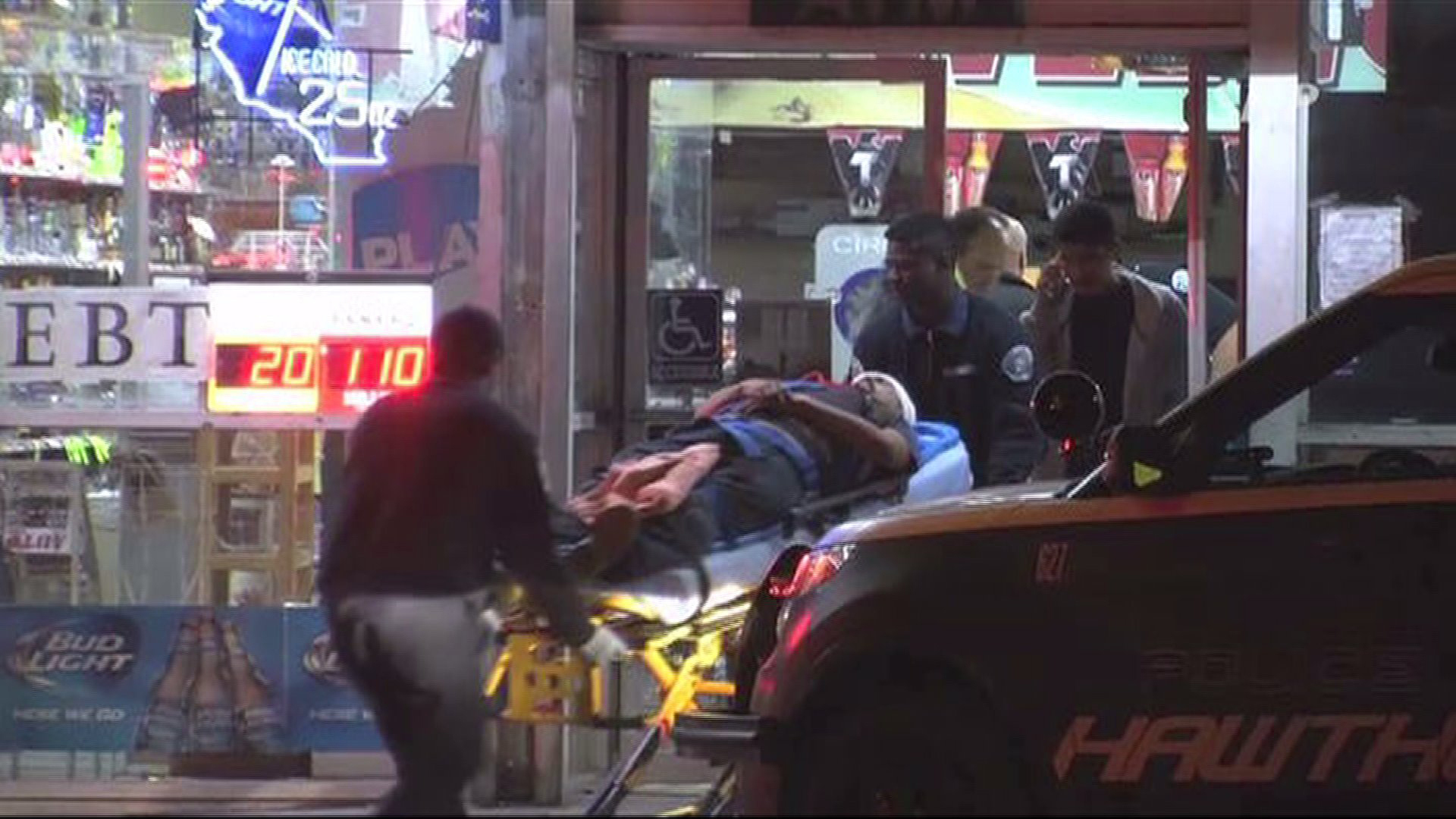 Authorities are seeking the public’s help in finding a suspect in the theft of a Long Beach liquor store, resulting the death of a store employee who tried to to stop the thief.

The chain of events began Thursday night at a liquor store in the 300 block of West Anaheim Street, where the suspect was caught on camera stealing socks and T-shirts from the store.

That’s when the store employee, identified by co-workers as 49-year-old Victor, tried to stop the thief by jumping on top of his car as he tried to flee the scene.

“The suspect drove with the pedestrian on the hood for approximately three blocks before maneuvering the vehicle to get the pedestrian off the hood,” read a statement from the Long Beach Police Department.

Surveillance footage in the area shows the suspect driving erratically to try and throw Victor off. Police initially said he was struck and killed by a white utility van but now believe the driver of the van attempted to render aid to the victim.

Police believe the victim died from injuries sustained from being thrown off the suspect’s moving car.

Co-workers say Victor had only worked at the liquor store for two months and was living out of his van as he tried to get his life back together.

Now, police are trying to track down the suspect, who they described as being around 40 years old, five feet seven inches tall with a thin build and mustache. He was driving a gray or silver four-door sedan.

The second vehicle that struck Victor is described as white utility-style van.

Anyone with information about the incident is urged to contact Long Beach detectives at (562) 570-7244. Anyone wishing to remain anonymous can call 1-800-222-TIPS.