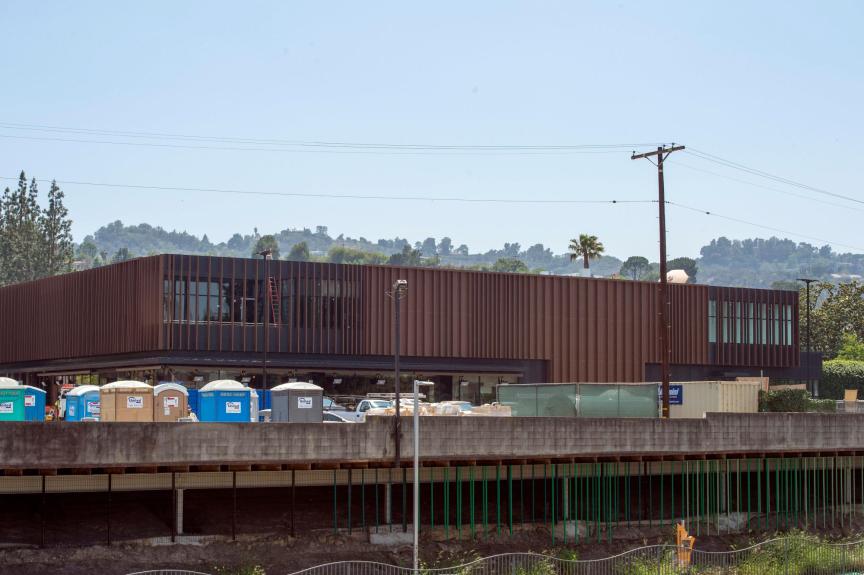 A new upscale dining and retail center that replaced the former Studio City’s landmark know as the Sportsmen’s Lodge is set to open early summer after a multimillion-dollar makeover.

Located at the corner of Coldwater Canyon Avenue and Ventura Boulevard, The Shops at Sportsmen’s Lodge will become a “welcoming oasis of laid-back luxury” that will woo studio executives, foodies and tourists from nearby Universal Studios Hollywood, according to the center’s owners.

Ron Bondy, director of leasing at Midwood Investment & Development, said it was easy to find retailers for the retail center located in the heart of Studio City.

There are many retailers who sought to open a location in Studio City, he added, but couldn’t find the right venue.

Known under various names, the Sportsmen’s Lodge began operating in the 1880s, eventually turning into a popular gathering spot frequented by studio executives and actors, including Hollywood legends such as Humphrey Bogart, Katharine Hepburn and John Wayne.

Until World War II, the area was known as “Trout Lakes” after the area’s ponds were turned into man-made lakes, becoming an attraction for families from across the region that came to catch fish cooked at the lodge’s restaurant.

The company said it worked closely with the city’s Cultural Heritage Commission to preserve the area’s natural foliage and tree canopy and ensuring the views of the pond, pool and nearby LA River.

Accessible from the Los Angeles River trail, the plaza will feature open-air communal spaces where visitors can sit down to sip coffee or eat lunch. The complex’s waterfront “Redwood Deck” will host tenant and center events.